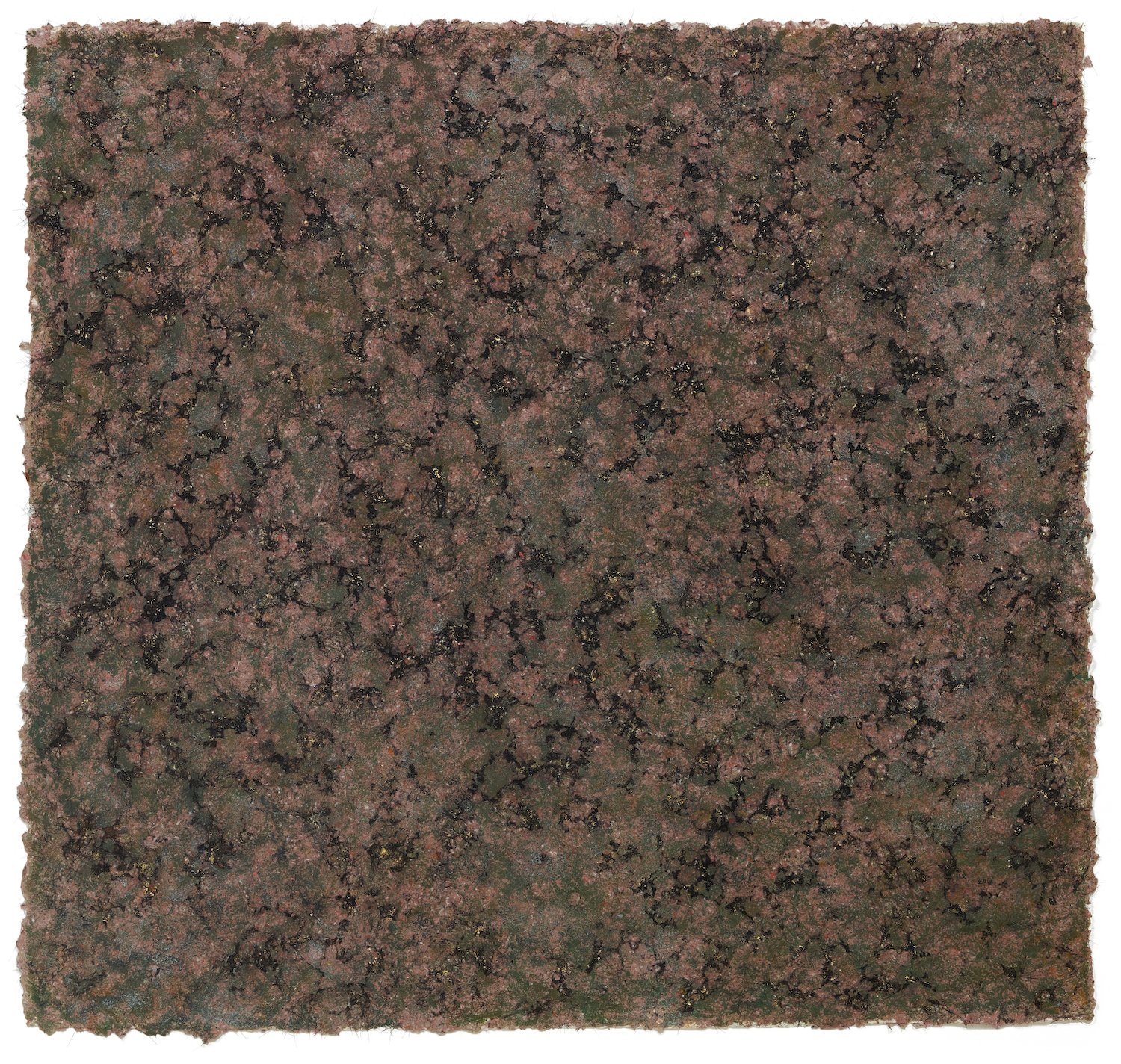 Image courtesy of the artist and STPI

In his continuing efforts to seek a greater harmony and the attainment of universal ideals, Singaporean artist Hong Zhu An has produced a new series of works in collaboration with STPI, bringing into view a landscape harkening of Zen and serenity. During his three-week residency, Hong explored papermaking from its most basic components, creating over 40 artworks that capture transient states and feelings, transcending language and cultural barriers.

In an age of globalisation, Hong’s works convey a modern sensibility anchored in the rich history of his Chinese roots. He combines spontaneous actions with an air of discipline – alternating sketching and pondering before grabbing handfuls of wet pulp and applying them with swift vigorous strokes. These masterful strokes are a translation of energy rather than figurative or verbal idioms. Just as they exude a quintessential Chinese ethos integral to his heritage, the artist rejects not the influences of the 21st century, but rather reconciles the two into a visual language that has become his own.

Hong Zhu An’s body of work conveys a modern sensibility anchored in the richness of Chinese ink and paper history, reflecting his own uprooted life in this age of globalization. While his visual language can be traced back to Chinese philosophical tradition, Hong has effectively broken away from classical Chinese painting’s iconography throughout the course of his oeuvre.

The painter’s works on paper at STPI display significant new developments in his artistic exploration, where he engages with the visual and tactile qualities of paper like never before. Shedding paper-as-support-surface, Hong brought forth paper pulp as the medium with which to paint instead. The resulting paintings (consisting the added presence of saturated and layered pigment) demonstrate his ability to reconcile Chinese ink and paper traditions with new expressions, creating a strong international aesthetic that transcends history, geography, language and cultural barriers.

Trained at the Shanghai Art and Craft Institute, Hong has been a full time artist in Australia and Singapore since 1993. Based in Singapore now for over a decade, he has received numerous accolades throughout his career, including the UOB Painting of the Year ‘Grand Award’. His works have been collected by major institutions such as the Asian Art Museum of San Francisco, the Tel Aviv Museum of Art, Princeton University Art Museum and the Singapore Art Museum.