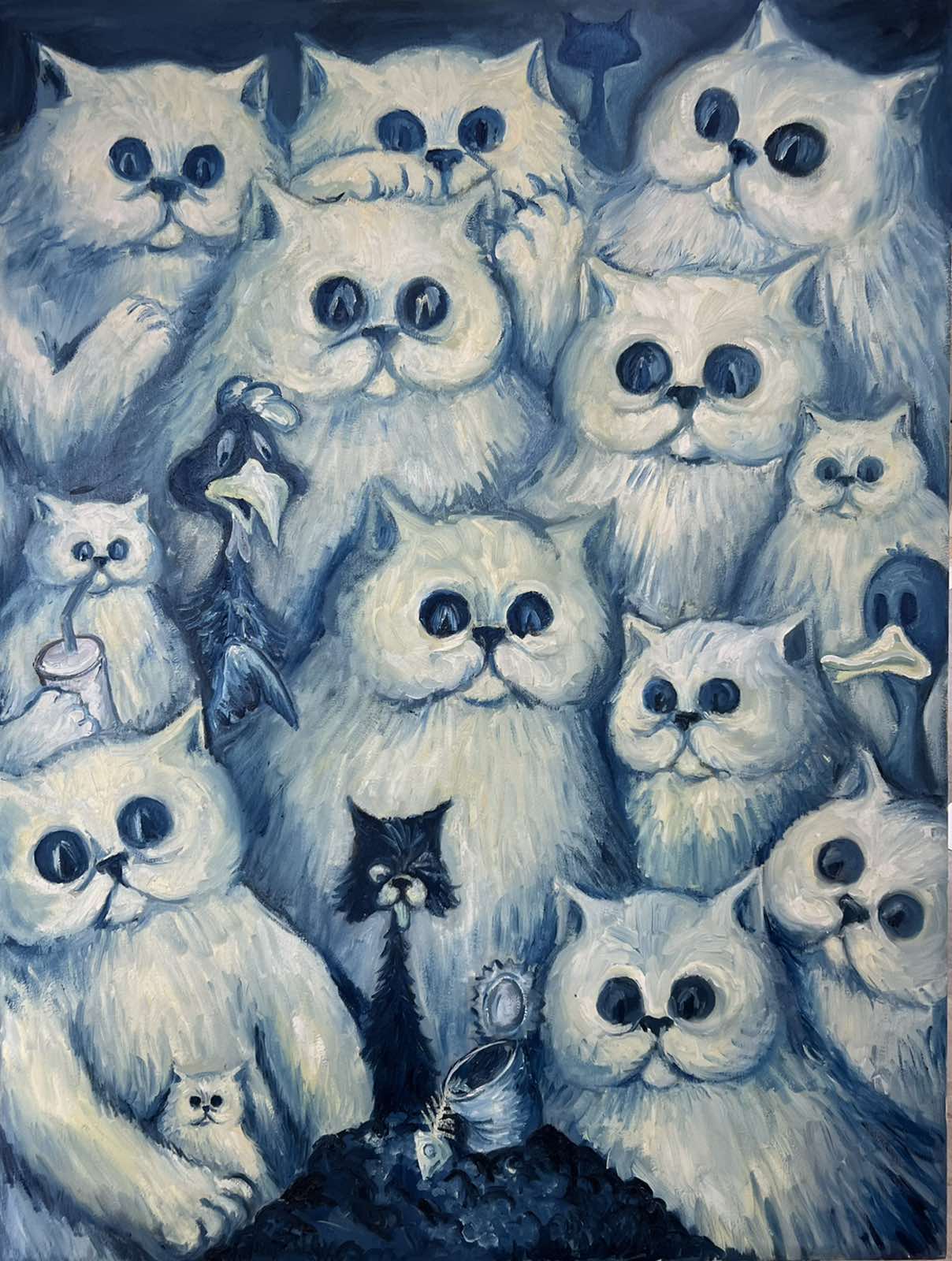 An Object Testing the Limits of its Own Humanity

Manuel Ocampo has been a vital presence on the international art scene for over twenty-five years, known for fearlessly tackling the taboos and cherished icons of society and of the art world itself. During the 1990s, he was noted for his bold use of a highly charged iconography that combines Catholic imagery with motifs associated with racial and political oppression, creating works that make powerful, often conflicted, statements about the vicissitudes of personal and group identities.

His works illustrate, often quite graphically, the psychic wounds that cut deep into the body of contemporary society. They translate the visceral force of Spanish Catholic art, with its bleeding Christs and tortured saints, into our postmodern, more secular era of doubt, uncertainty, and instability.

In recent years, his works have featured more mysterious yet emotionally charged motifs that evoke an inner world of haunting visions and nightmares. He often makes use of an eclectic array of quasi-religious, highly idiosyncratic icons featuring teeth, fetuses, sausages, and body parts alongside more traditional Christian motifs.