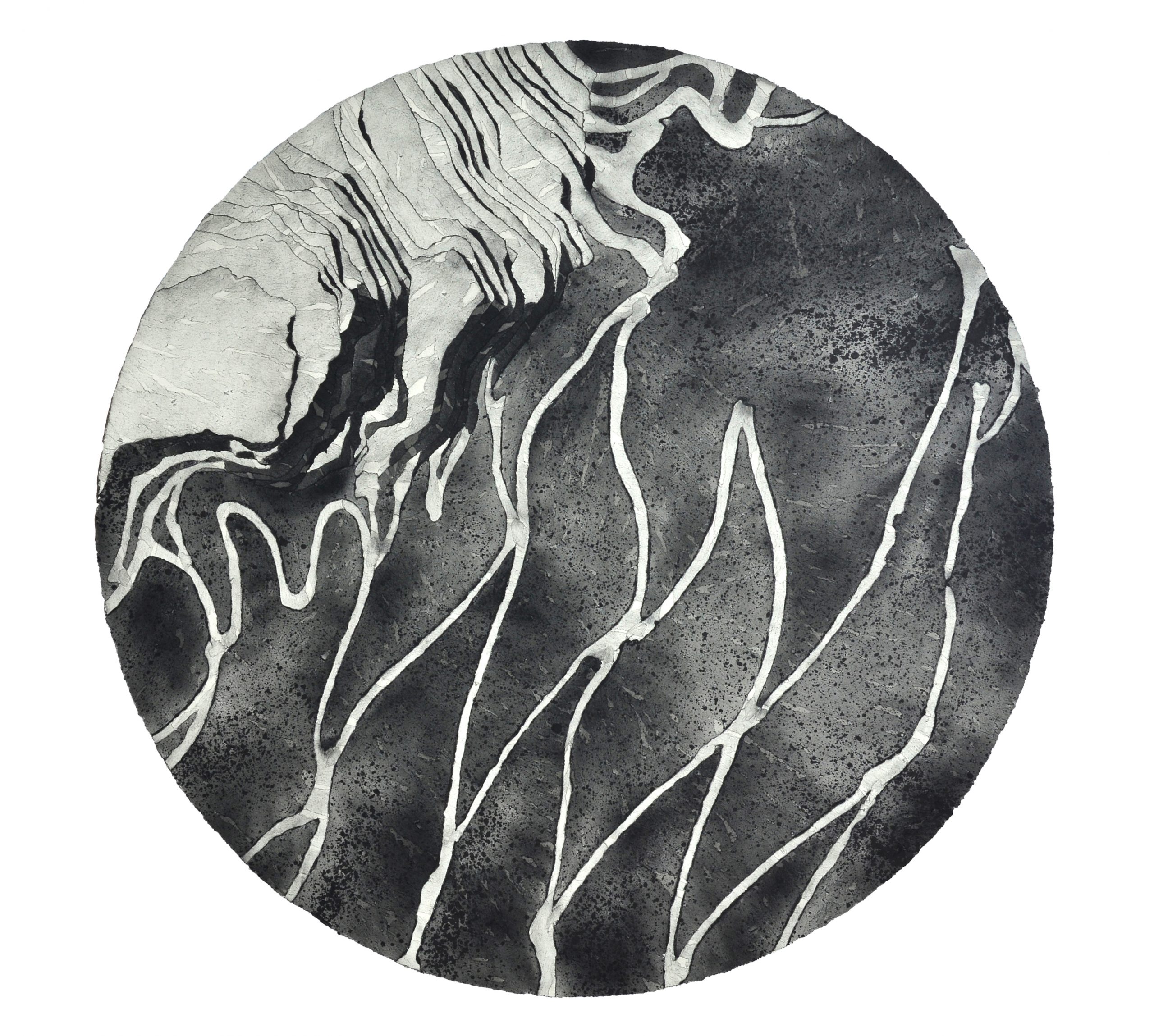 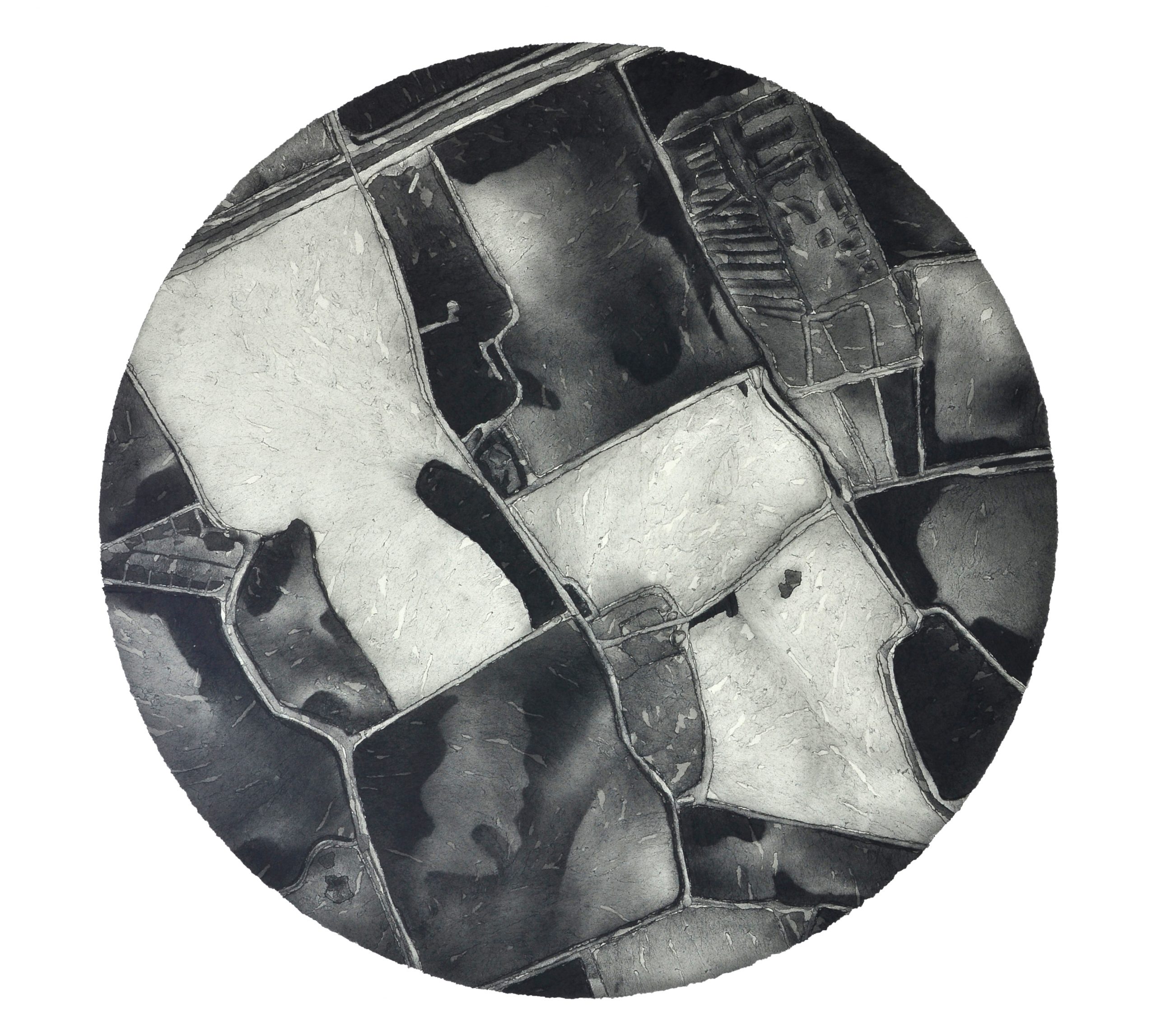 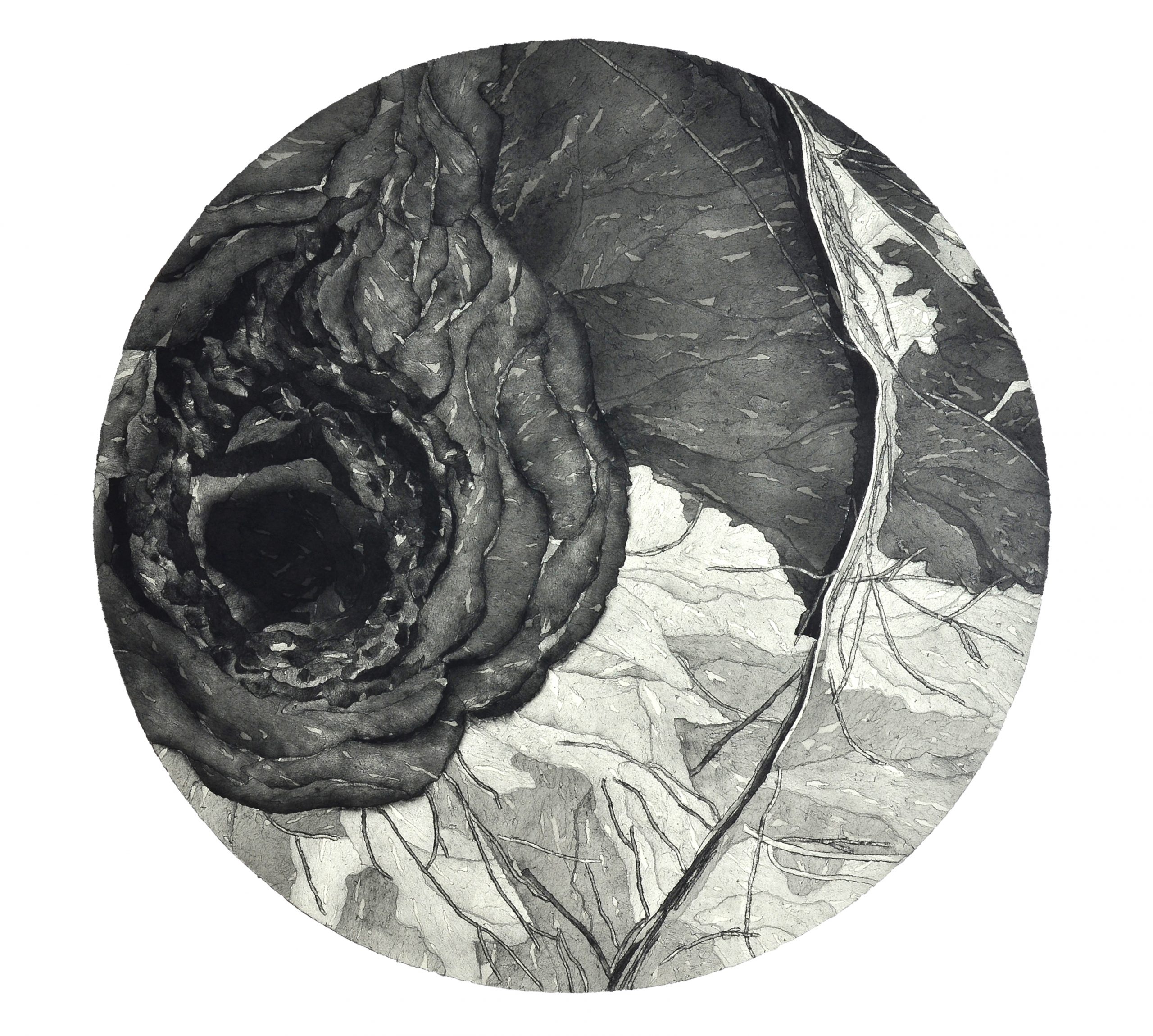 Anthropocene combines the Ancient Greek words “anthropo”—meaning “human”—and “cene”—meaning “recent”. The term describes what scientists have argued is a current geological age dominated by human impact on earth. While there is yet no established consensus from scientists about when the Anthropocene started precisely, climate change, threats to biodiversity, and the accumulation of non-biodegradable waste materials are all confirmed anthropogenic impacts. Part of a larger series, this triptych of charcoal on paper collages by Nadiah Bamadhaj looks, from an aerial view, at landscapes that are heavily marked by the human hand. The artist selected three sites from different corners of the planet—Sidoarjo Mud Lake, Indonesia, Huangu Salt Mine, China, and Carrara Marble Mine, Italy—each of which show increases in carbon emissions through deforestation, significant if not permanent impacts on biodiversity, and have visually marked the earth’s surface.

Nadiah Bamadhaj (b. 1968, Petaling Jaya, Malaysia), works and lives in Yogyakarta, Indonesia. She graduated with a double major in sculpture and sociology from the University of Canterbury, Christchurch. Her practice includes works in a range of media, from drawings, sculptures, installations and digital images. She has worked in non-governmental organisations, lectured on art, and written on both Malaysia and Indonesia. In 2000, she began her full-time art-practice, and in 2002, she was awarded the Nippon Foundation’s Asian Public Intellectual Fellowship. Her artwork often focuses on the social intricacies of place, and often employs themes of myth, architecture and dwelling.

Nadiah Bamadhaj will be presenting her works at A+ Works of Art.