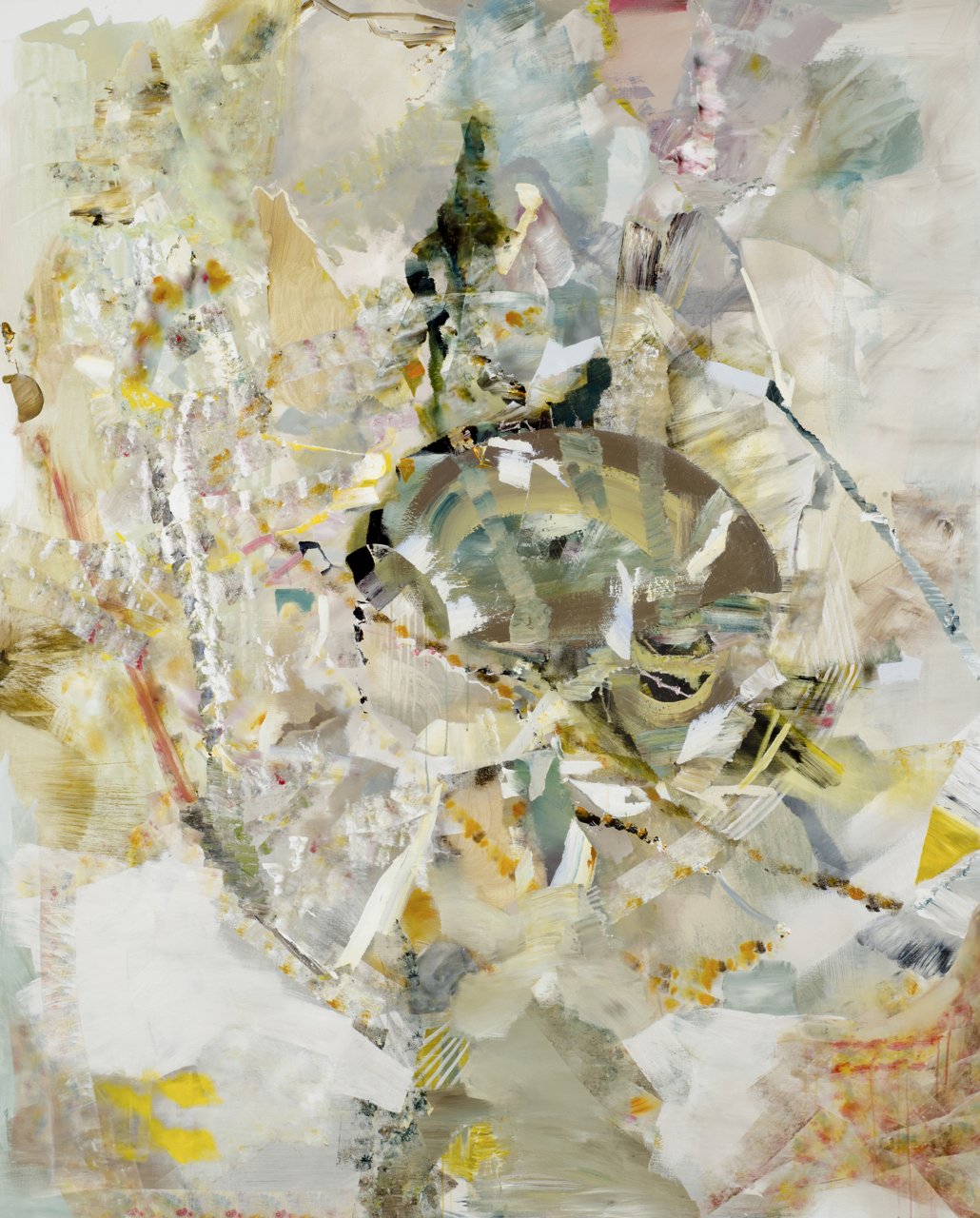 Image courtesy to the artist and FOST Gallery

“The idea of ‘suspending the presence’ is not unimportant to take note of, precisely because Woo registers not only the way of creating temporal delay but, equally, of deconstructing the idea of presence as anything more than a momentary effect. Bird See Bird Sing (2011) appears to build a structure that is unhindered by the clamor of intersecting forms. The passages of paint seem rather to gather and build towards a centrifugal force that opens up more deeply into a virtual passage or vortex of revolving forms, restlessly moving in and out as if caught by the mounting energy gained through its own movement.”

Ian Woo (b. 1967, Singapore) is an artist influenced by forms of modernism, perceptual abstraction and the sound structures of music improvisation. His paintings, painted objects and drawings are characterised by a sense of gravitational and representational change. Each work often bears signs in which the function of image is seen as a diagrammatic guide towards consciousness. His use of frames, axis and invisible grids as starting points to build upon his work has led to the development of his ‘compartments and systems’ approach to understanding a painted space as activated time.

Woo’s work is in the collection of major collection of major institutions such as Morgan Stanley, ABN AMRO, Singapore Art Museum, The Istana Singapore, National Gallery Singapore, Suzhou Center, UBS and the Mint Museum of Craft & Design, USA. His paintings are featured in the publication Art Cities of the Future: 21 Century Avant-Gardes, a publication by Phaidon in 2013. Since 2016, he has been part of Impermanent Durations: On Painting and Time, an artist collaborative with Beth Harland, David Thomas and Laura Lisbon.