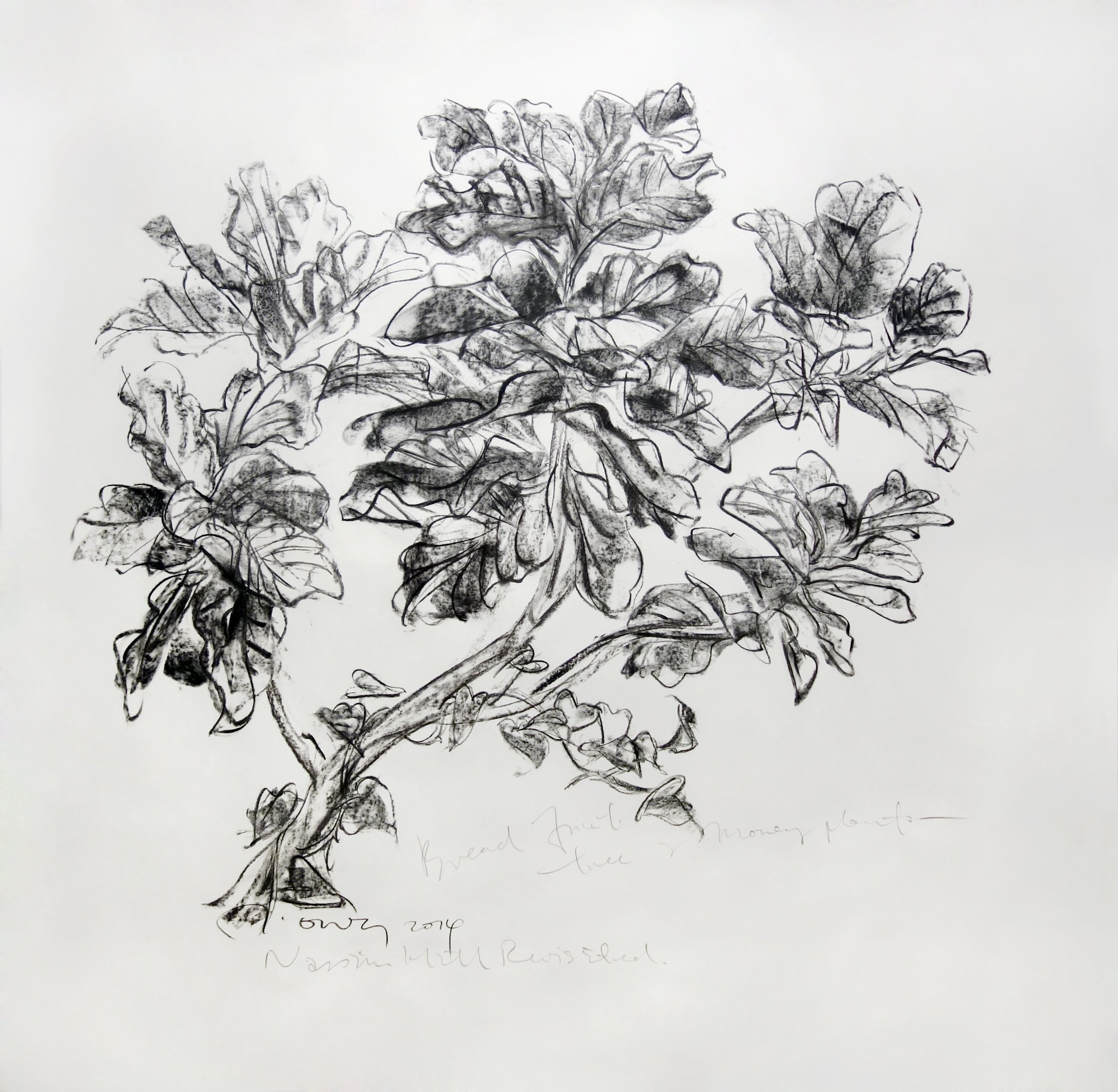 Image courtesy to the artist and FOST Gallery

In 1993, Jimmy Ong moved into #50A Nassim Hill. It was a tiny flat which used to be the living quarters of drivers to the British officers, living in the adjacent ‘black and white’ block. The layout of the flat suited him, as he had access to the former garage and used it as his studio. There were papaya and banana trees planted all around the blocks, and tall mature trees in the neighbourhood, vestiges of the agricultural and botanical past of the Tanglin area. He really enjoyed the lush calm and serenity of the street, despite it being so close to bustling Orchard Road.

Drawing for Ong is a form of meditation, intuitively linking the acts of perception and conception into one smooth, fluid motion. He would look at still-life assemblages of fruits and vegetables that he had arranged, and allow his eyes to intuitively guide his hand to create quietly dramatic, chiaroscuro charcoal drawings. It was a challenge of sorts, to instinctively convey these volumetric rounds and spatial relationships between these three-dimensional forms onto a two-dimensional surface.

When he was still living in Nassim Hill, he was invited by the Deutsche Bank to participate in a Singapore group exhibition in Sri Lanka. While there, he saw the large, established wayside trees, which because of the civil war, were left to grow on their own. He was very impressed by their natural stature, which were so unlike the manicured ones in Singapore.

It was also on this trip that he met with the acclaimed architect, Geoffrey Bawa and fell in love with his garden Lunuganga. The photographs in Bawa’s monograph on Lunuganga were all in black and white. It was a deliberate act to remove the distraction of colour and to highlight that the severe tropical light actually made viewing of fauna and flower an experience of texture, rhythm, and vibrations of light and shadow. The monograph reaffirmed his conviction that his drawings worked best in a monochromatic colour scheme, to showcase the purity of strokes and virtuosity of eye-hand coordination.

Since the 1980s, Ong has been recognized for his monumental figurative charcoal works on paper. His drawings often focus on traditional Confucian philosophical themes like filial piety, ancestral worship, his own complex familial relationships and struggles with accepted gender identities and roles. In recent years, he has started to explore historical political figures and events, focusing on the colonial history in Southeast Asia.

He has exhibited extensively locally and internationally. His artworks are in the permanent collections of the National University of Singapore Museum and the National Gallery Singapore, Deutsche Bank AG, amongst other private and corporate collections.