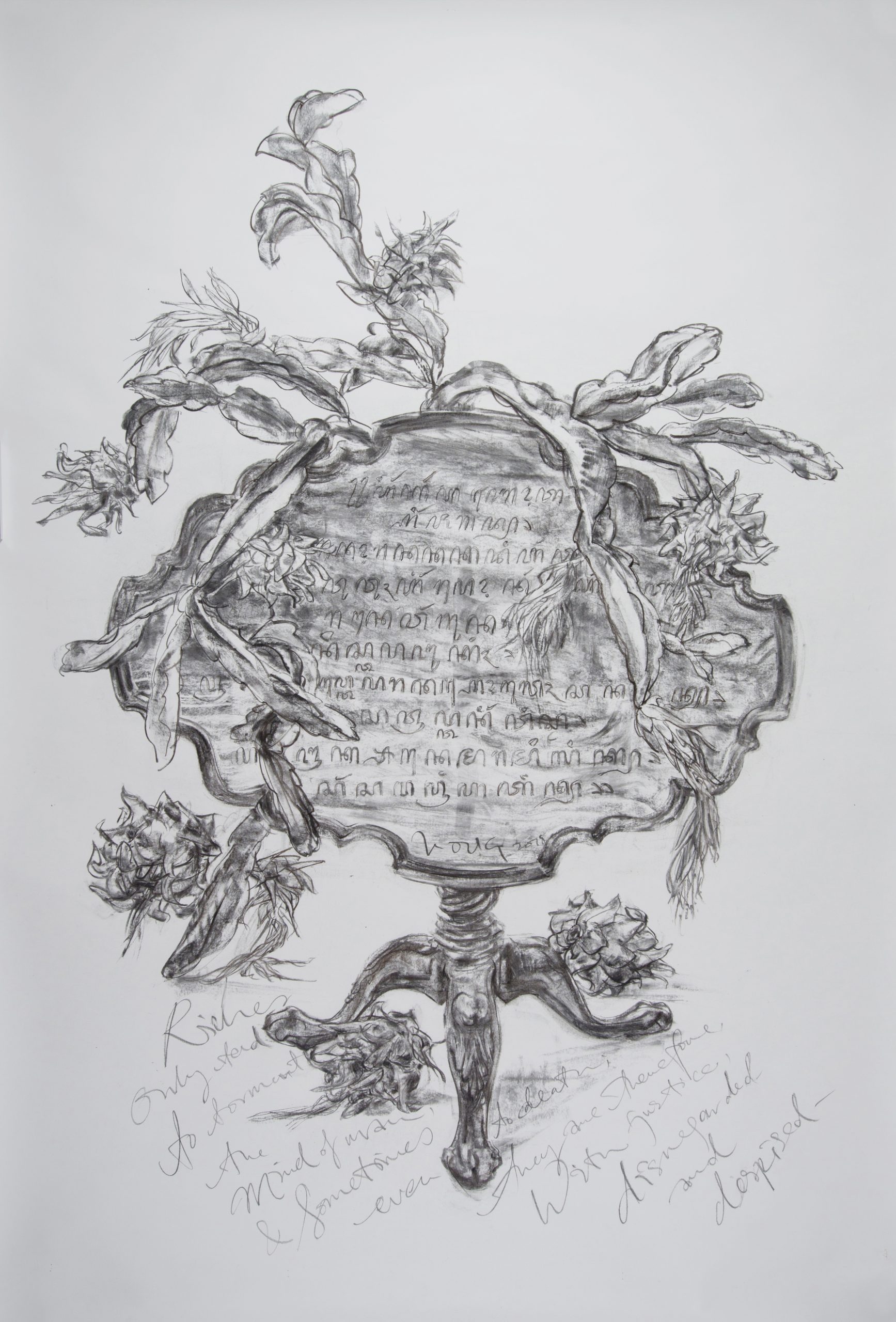 The Raffles Trophies series is a result of Ong’s on-going research into Sir Stamford Raffles’ time in Java and broader post-colonial issues, seen through the long lens of history and his own lived experiences. The subject matter and composition are influenced by memento mori paintings in the Western canon of art history, which aimed to remind the viewer of mortality and the fragility of human life. Ong’s drawings of livestock, fruits, and flora found in domestic village kitchens are juxtaposed against luxurious colonial-era furniture. The jarring placement of ordinary food ingredients found in local markets with objects of conspicuous consumption can be seen as a metaphor of the divide between the locals and the colonisers; or the contrast between the natural and the constructed.

In Buat Naga, Raffles Trophies, Ong referenced a Regency occasional table in an auction catalogue. The text on the drawing is quoted from a section from Raffles’ History of Java, listing out the ethics of an ideal Javanese man, originally translated from Sanskrit.

Since the 1980s, Ong has been recognised for his monumental figurative charcoal works on paper. His drawings often focus on traditional Confucian philosophical themes like filial piety, ancestral worship, his own complex familial relationships and struggles with accepted gender identities and roles. In recent years, he has started to explore historical political figures and events, focusing on the colonial history in Southeast Asia. He has exhibited extensively locally and internationally. His artworks are in the permanent collections of the National University Of Singapore Museum and the National Gallery Singapore, Deutsche Bank AG, amongst other private and corporate collections.

Ong currently works between Yogyakarta and Singapore. He is represented by FOST Gallery in Singapore.

Jimmy Ong will be presenting his works at FOST Gallery.