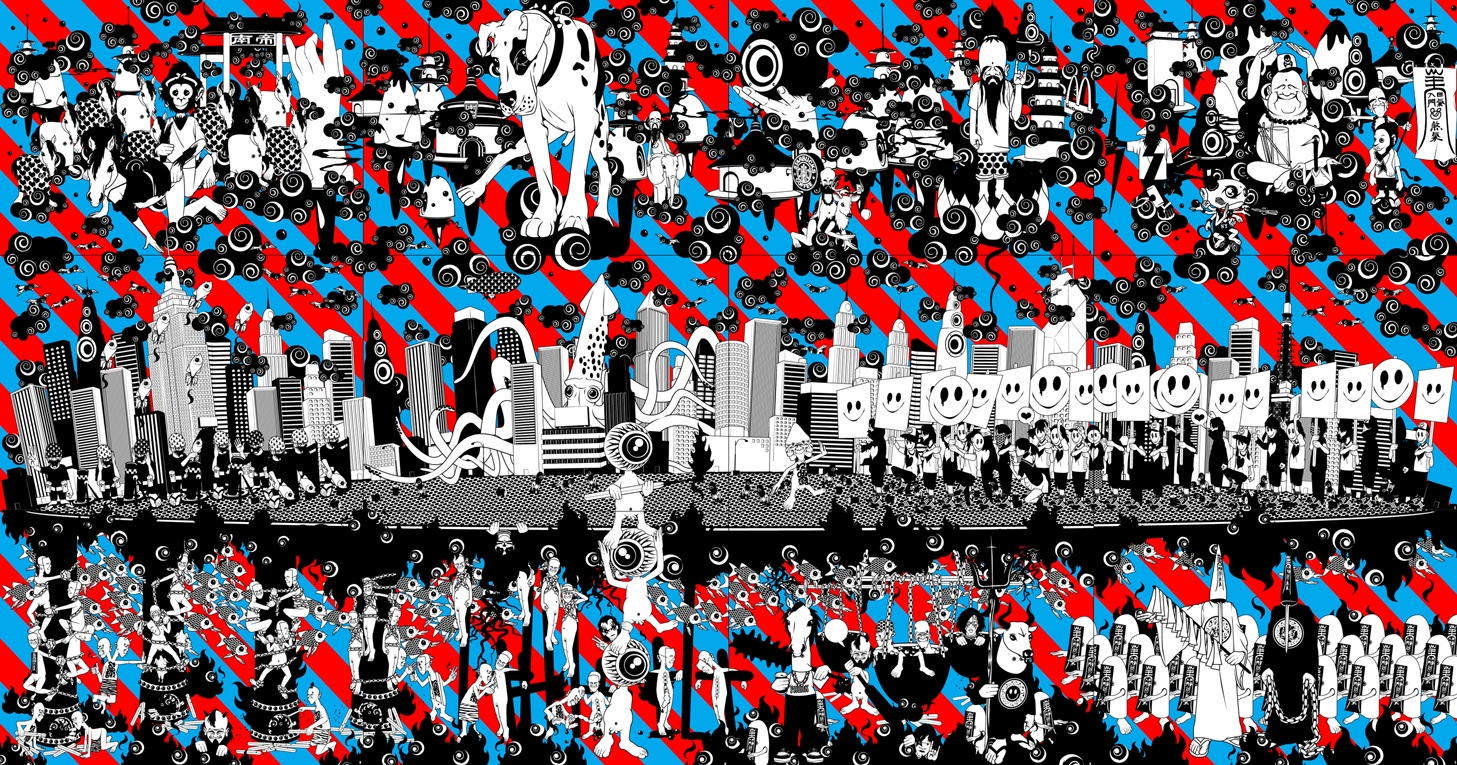 In Control Chaos, PHUNK has portrayed a new world, inspired by their childhood memories, Chinese mythology and memorable landmarks like Haw Par Villa. Control Chaos depicts heaven, earth and hell, and reflections and imaginations of their environments at the time of its creation. Each character in this new world has its own set of orders and lives according to the truths it values. However, when the distinct universes of the characters are put together, the result is a symptomatic chaos – like the title, it is a “CONTROL CHAOS”.  Beyond the humorous icons and contradictions, PHUNK suggests a glimpse into postmodern identity – singular and universal.  In that, the characters maintain their individual identity/universe without being classified or categorised, and yet, they also coexist inside the boundless chaos. This chaos, in the post-mechanical age, presents a new, possible vision of fluid utopia. The meaning and relevance of Control Chaos reflect the world environment at the time of its creation – post-9/11 attacks – and continues its relevance and significance in our current world of Brexit, Trump and The Umbrella Movement. This seminal work is the central theme of PHUNK’s 25th anniversary celebrations.

PHUNK is an internationally acclaimed, Singapore based art collective, founded in 1994 by Alvin Tan (1974), Melvin Chee (1974), Jackson Tan (1974) and William Chan (1973). PHUNK have developed a novel approach to collective art-making based on the collaborative aesthetic of a rock-and-roll band, and informed by a shared interest in urban subcultures. They have propagated a visual signature that seamlessly blends and reinterprets their diverse influences such as traditional Chinese craft, philosophy and folklore, Hong Kong wuxia pulp fiction, Japanese manga and otaku subculture, Western popular culture, art and design movements into a singular creative thought that reflects their multi-cultural identity, background and environment.

PHUNK will be presenting their works at Art Seasons.