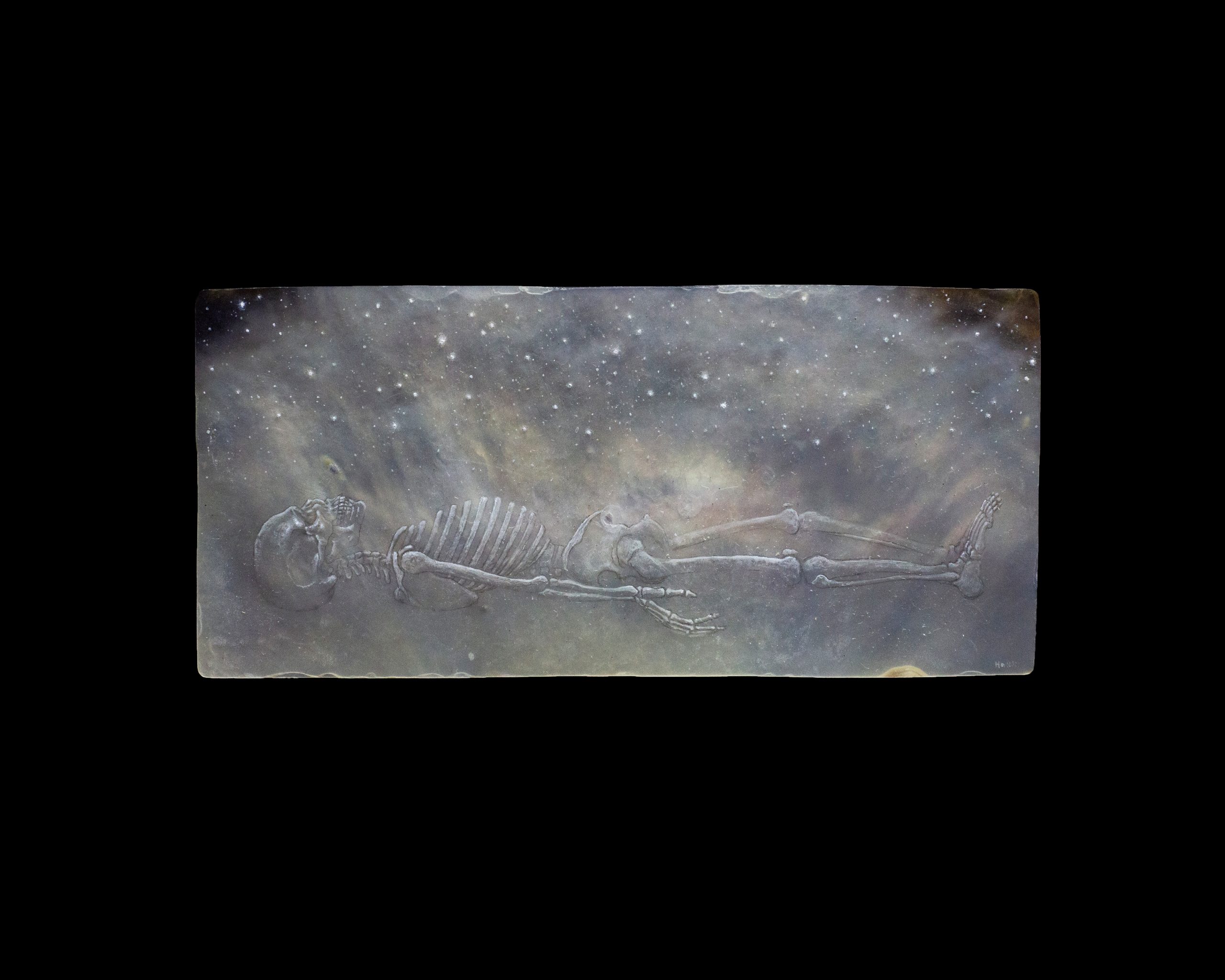 Gregory Halili’s miniature shell paintings assume a sombre and haunting temper as they meditate on life’s fragility. This is perhaps most evident in ‘Dreamer II’ (2020), a memento mori piece painted on black mother-of-pearl. Here, a human skeleton lies prostrate with glimmering stars above – a reminder of human existence, which, ‘when looking at its surface, one can imagine the universe and our connection with nature on our palm.’ (Halili, 2020)

Gregory Halili (b. 1975, lives and works in Manila) carves and paints mother-of-pearl shells, creating memento moris. Halili received his B.F.A. from the University of the Arts in Philadelphia. He returned to the Philippines in 2013 after 25 years in the United States. Halili’s work focuses on the art of miniatures with interest in the notion and idea of memory, life, death, and cycle.

His work has appeared in numerous exhibitions and shows, including the John Michael Kohler Arts Center in Sheboygan, Wisconsin; The Butler Institute of American Art in Youngstown, Ohio; The Hammond Museum and Sculpture Garden in Salem, New York; Ayala Museum in Makati City; Jorge B. Vargas Museum at the University of the Philippines in Quezon City; West Gallery in Quezon City; Silverlens in Makati City and Nancy Hoffman gallery in New York City. In 2016, Halili was one of the Filipino artists who presented in the Singapore Biennale.

Gregory Halili will be presenting his works at Silverlens Galleries.