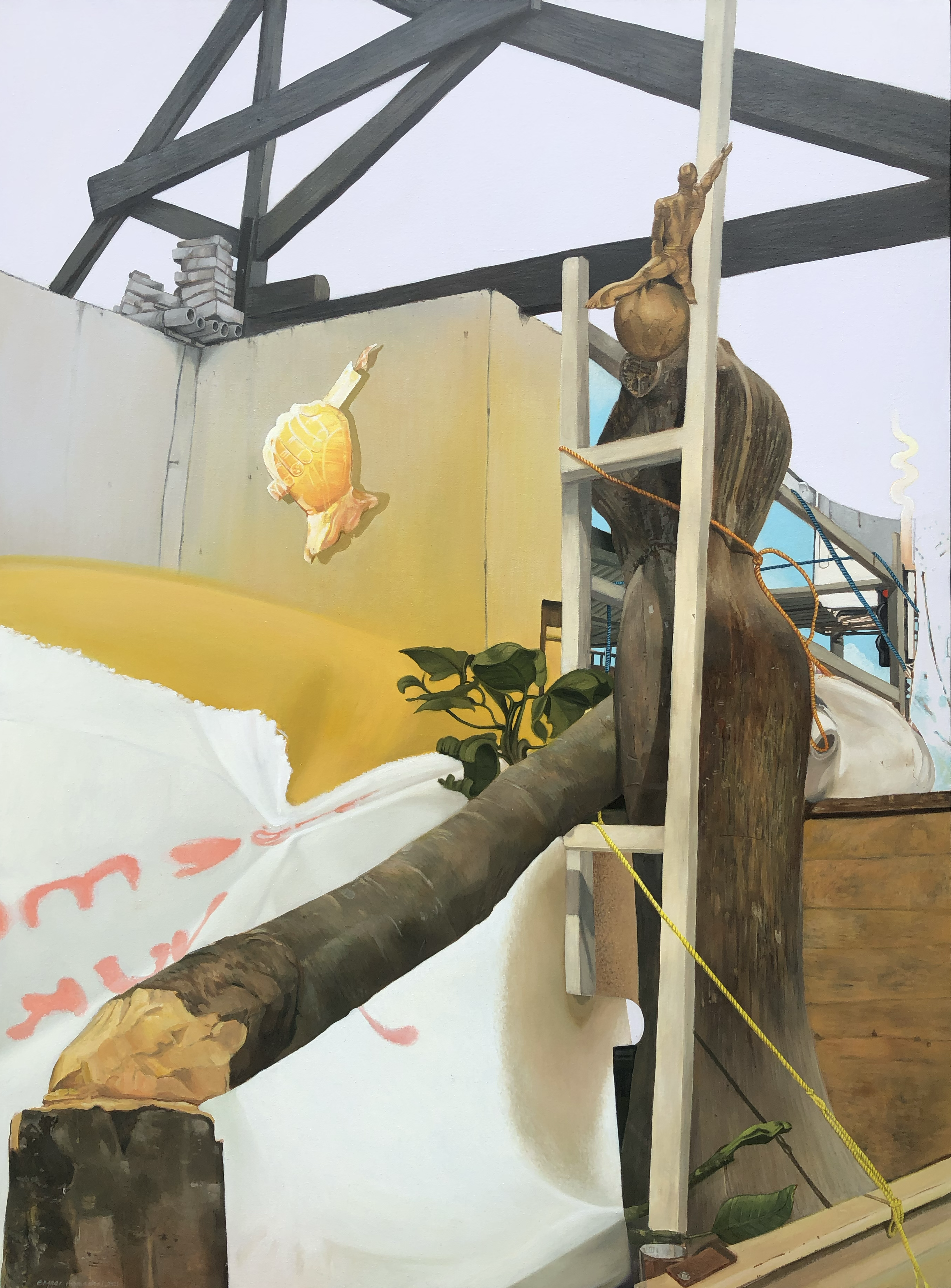 Image courtesy of the artist and Sullivan+Strumpf

The paintings of Enggar Rhomadioni are indexical forms of biographical and quotidian objects related to one’s memory. By investigating the histories and narratives, Rhomadioni’s latest paintings are delving into the idea of home. Referring to a traditional belief in Javanese, to build a home is a sacred idea as it is built based on a person’s philosophical identity. Continuing his past approach to reimagine and to reconstruct objects based on his personal narrative, Rhomadioni’s works in S.E.A Focus are portraits of an emptied home, built based on past identity and now waiting for a new one. His reimagined still life of a home shows traces of lives lived while capturing the solitude of emptiness, a portrait of a house that is waiting to be a home once again.

The paintings of Enggar Rhomadioni are indexical forms of biographical and quotidian objects related to one’s memory. By investigating the histories and narratives of these objects, Rhomadioni’s works employ artistic juxtaposition meant to provoke conversations within ourselves and others. Rhomadioni views the idea of memory as something that is emotional, rather than just an intellectually organized database or archive. Through materials and objects, one understands oneself, thus, Rhomadioni’s works offer the idea of ‘intersubjectivity’, where the objects in his paintings prompt our basic ability to recognize ourselves through others, and to connect with the painter’s experience.