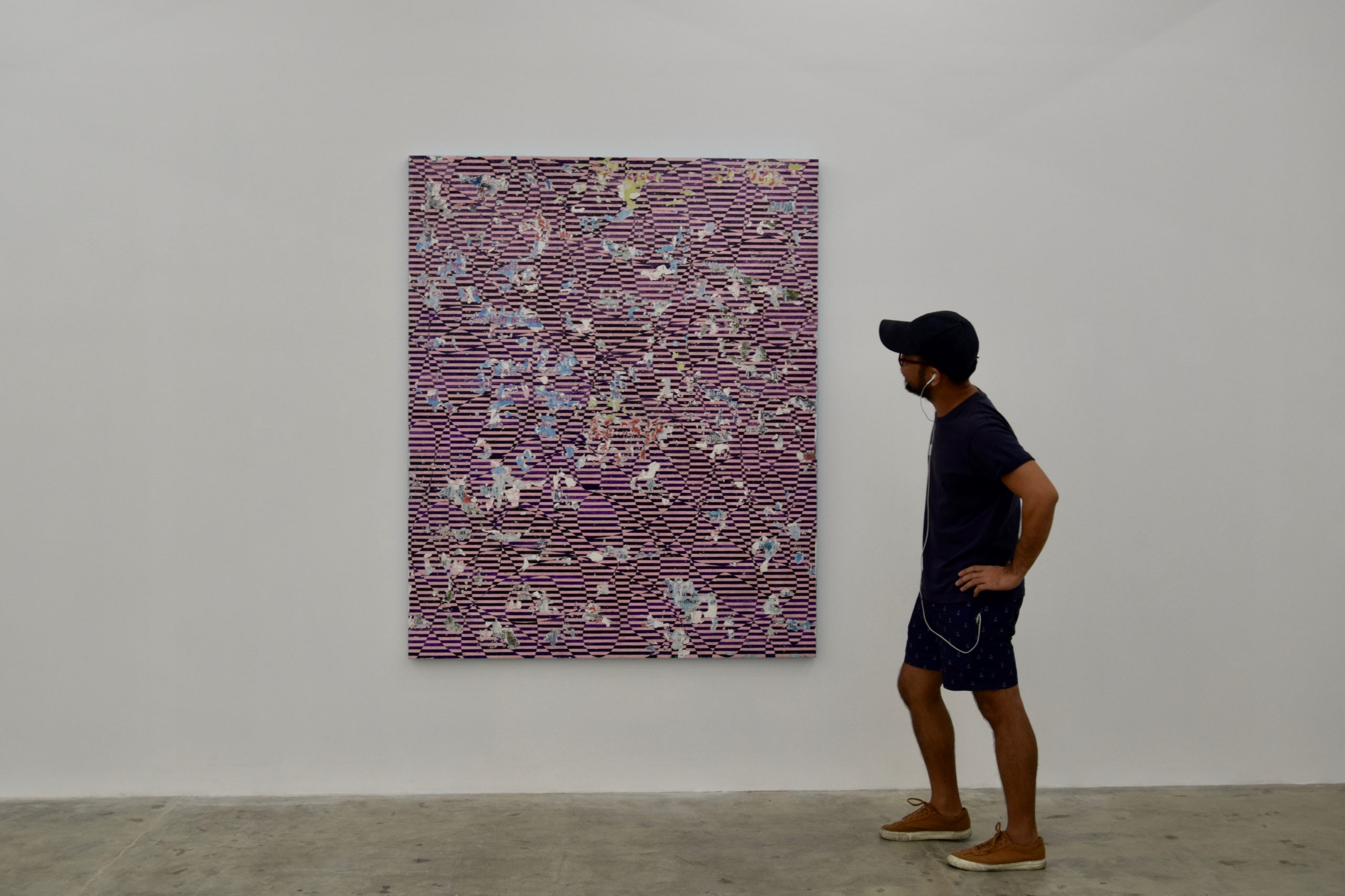 Image courtesy of the gallery and artist 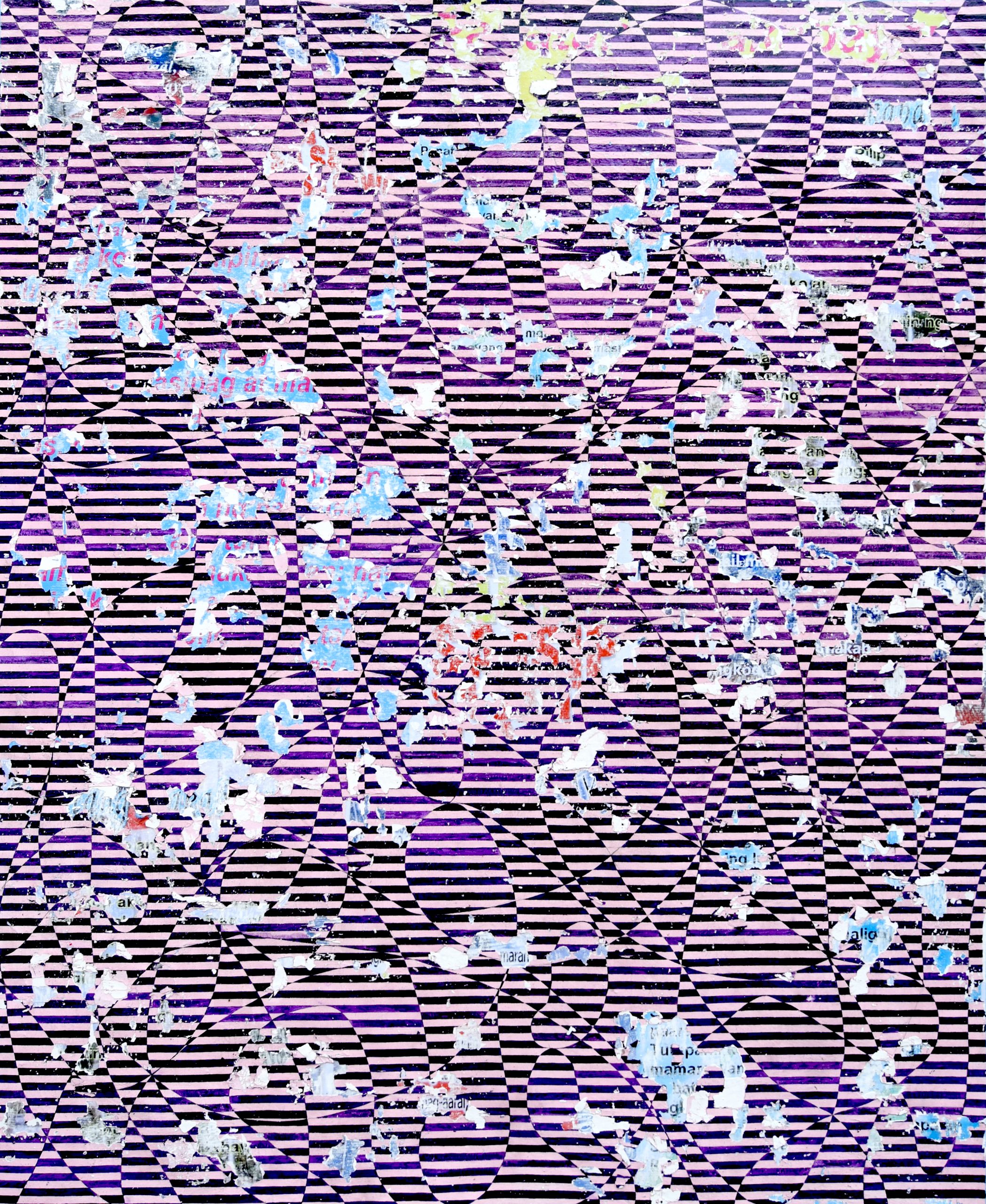 Image courtesy of the gallery and artist

Kris’s work mirrors the Philippines’ archipelagic permeability, whereas islands absorb elements around us and reconfigure them to the environment they take hold of. Kris fuses and reconfigures contemporary materiality from the anti-humidity house paint he uses that take on the color palettes that glow from local buildings to the PVC fiber tarpaulin.

It simulates the humidity’s decay by destroying/cracking the works after they’ve been painted, releasing an explosion of kinetic energy slamming the pieces against a concrete pillar on his rooftop.For Panatang Makabayan/Philippine National Oath of Allegiance, the surface is an optical conduit for indirectly housing political discourse embedded within the aesthetics of the optical pattern decaying. The Oath or the Flag of the Philippines is protected by the heraldic code which denies any use of their components visually outside of the set guidelines. However the work here doesn’t have to illustrate these concepts rather the communication of aesthetic and the universal can move beyond the binary dialogue which surrounds the concept of the title.

Kristoffer Ardeña will be presenting his works at Tropical Futures Institute.