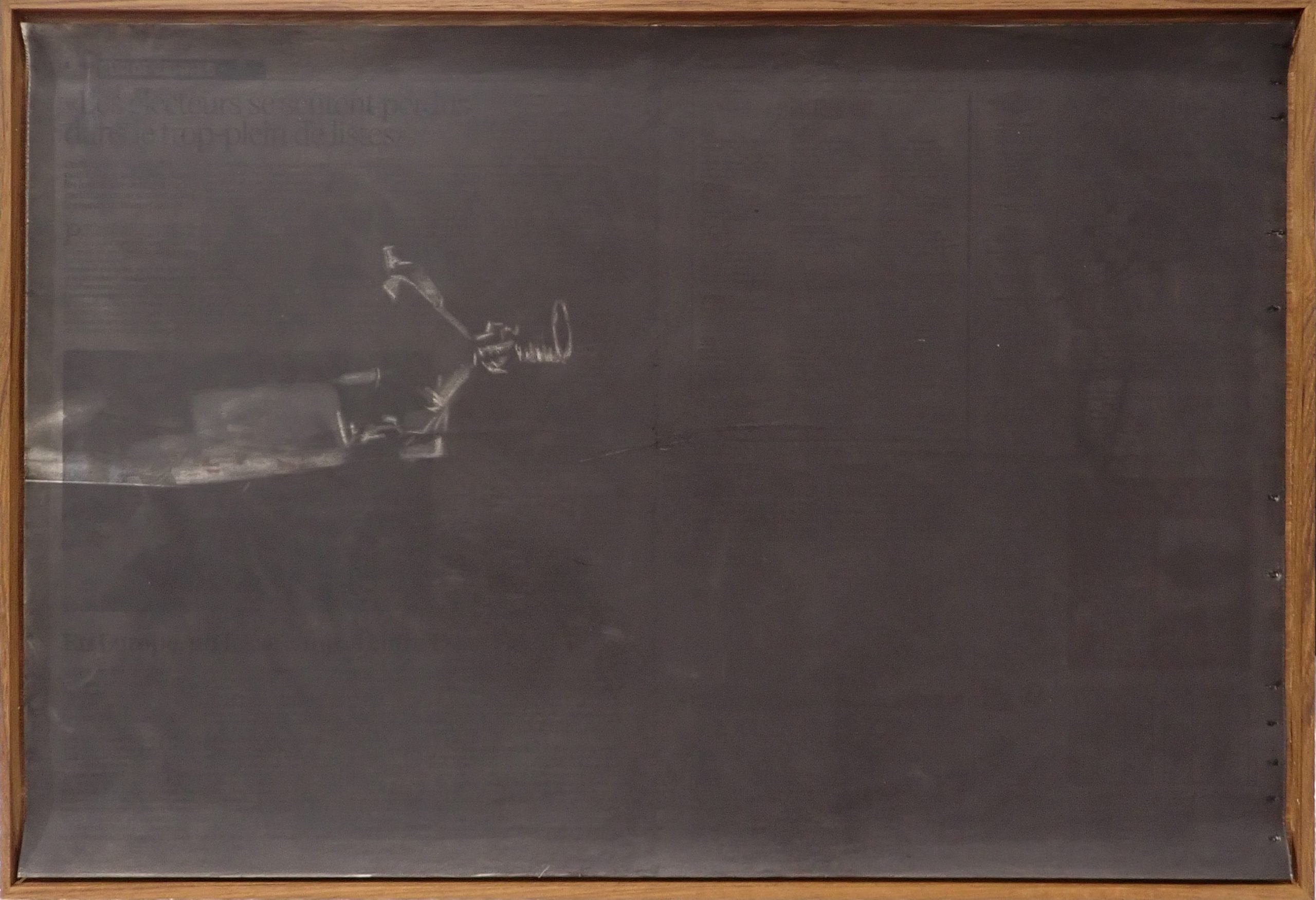 Image courtesy of the artist and neugerriemschneider

Piyarat Piyapongwiwat and Pattara Chanruechachai both are a newer generation of Thai artists working in mediums that address their contemporary conditions, in texture and imagery, they find and refine their relationship to a world order, and question their existence within. Pattara’s chiaroscuro from his memory of the Luna landing, faintly moves over the underlying news of today’s apocalyptic malaise. How that faint memory of man’s great achievement needs a rethinking today. Piyarat draws from the same anxiety, questioning the privilege, we as mankind have been floating on, and asking, “where do we go from here”, with all advancement just fulfilling uncontested capitalism, where the developments of technologies and interconnected networks accommodate different forms of free market. Piyarat and Pattara, in their own methodology bring us both poetry and ennui, in both their artistic expressions asking us, the viewer, (do we dream under the same sky)?