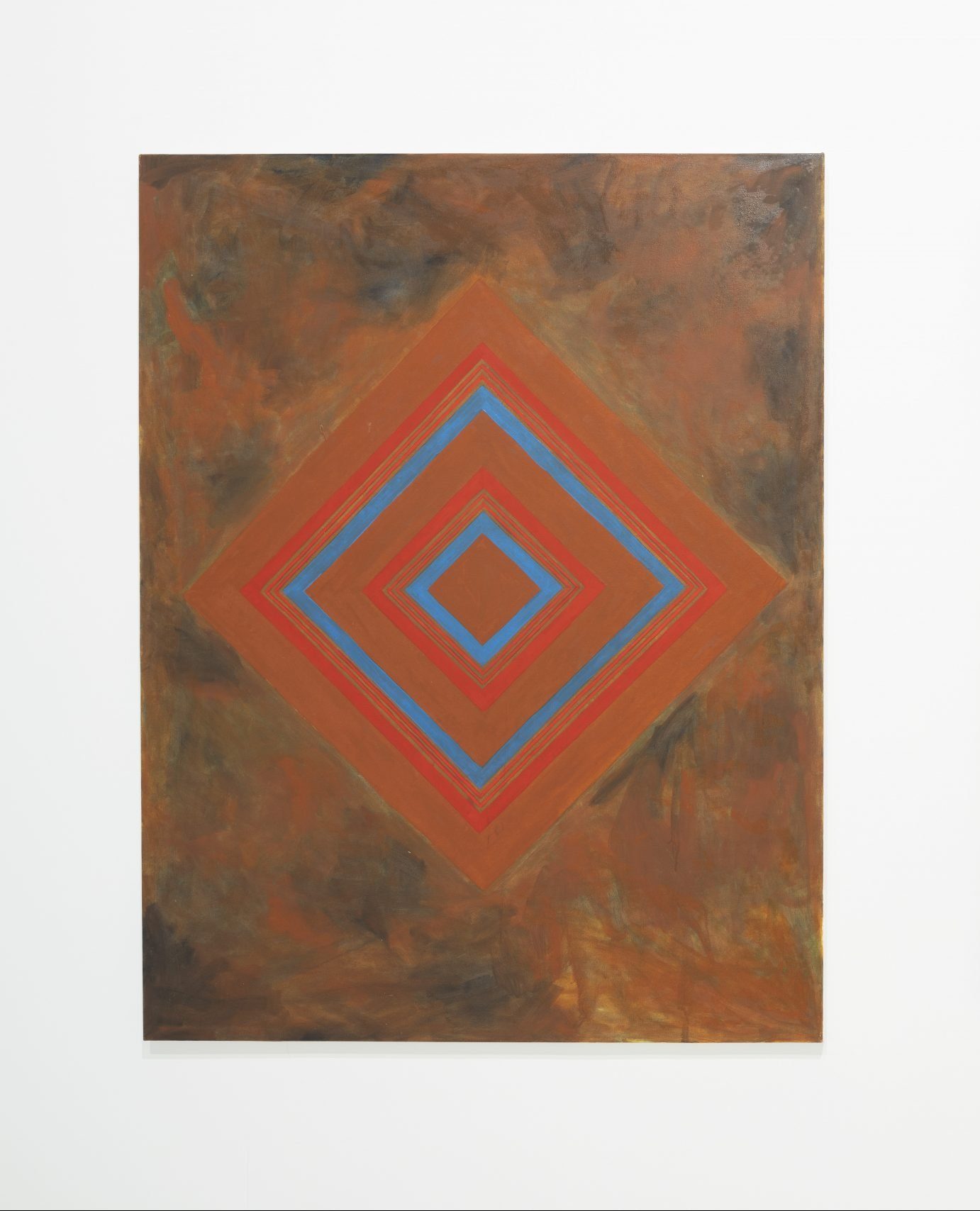 For SEA Focus 2022, Maria Cruz’s paintings are based on “Tolda” stripe patterns. “Tolda” from Spanish means to cover with canvas In English its equivalent is tarpaulin.Her paintings are like ontological reflections on painting and its conceptual core by surfacing its materiality and base production.

In using “Tolda” stripe patterns, she highlights the poetic qualities of stripes to signify the commonplace, the pedestrian, the ambulant vendors of the informal economy in an urban setting. It becomes a visual shorthand of the built environment whereby in such environment, the visual rhythm of alternating light and dark may be seen as a reminder of the intermittent cycle of flight and habitation that we are all so aware of, and that may be a  metaphor of our living condition that motivates constant  migration and settlement.

Maria Cruz, artist, was born in Manila, Philippines in 1957.

In 1976 she began her formal art education at the University of Santo Tomas in Manila, though did not complete her studies. In 1980 Cruz relocated to Sydney and attended Sydney College of the Arts (SCA) in Rozelle, where she completed her Bachelor of Visual Art in 1983 and immediately began her Post Graduate Studies in Visual Arts at the same institution. In 1985, Cruz moved temporarily to the Art Academy of Dusseldorf in Germany where she was influenced by the work of her professor, Klaus Rinke. Cruz resumed her studies at SCA in 1998 to complete her Master of Visual Arts. Cruz makes use of various media, including installation and video, to explore physical and conceptual themes such as colour, language and the process of painting. Cruz has founded or co-founded several artist collectives including Shangri-La Collective, a group of female artists, and The Believers, formed with fellow artists Mikala Dwyer and Anne Ooms.

Cruz was the curator of Shangri-La Collective’s self-titled video performance which was shown in 2003 at Artspace Visual Arts Centre, Sydney before touring to galleries in Australia and the Philippines. In 1997 Cruz won the Portia Geach Portrait prize with a self-portrait, Maria . Other awards include the PS1 International Studio Program, New York (2000-01), Australia Council Artist Development and Project Grants (2000-01 and 1999) and the City of Hobart Contemporary Art Prize (2004). Cruz has been awarded several residencies including the Karl Hofer Gesselschaft Residency, Berlin, Germany (2005) and Artist-in-Residence at Canberra Institute of the Arts (1989). She has had numerous solo exhibitions since 1986 and had been included in several selected group exhibitions. Cruz has lectured in various Australian universities including Canberra School of Art, Australian National University, and SCA. She served as a senior lecturer at the University of Western Sydney’s School of Contemporary Arts, from 2000 to 2008.

Cruz shares her time between Berlin, Manila and Sydney. Her work is represented by Sarah Cottier Gallery in Sydney and Drawing Room in Manila.