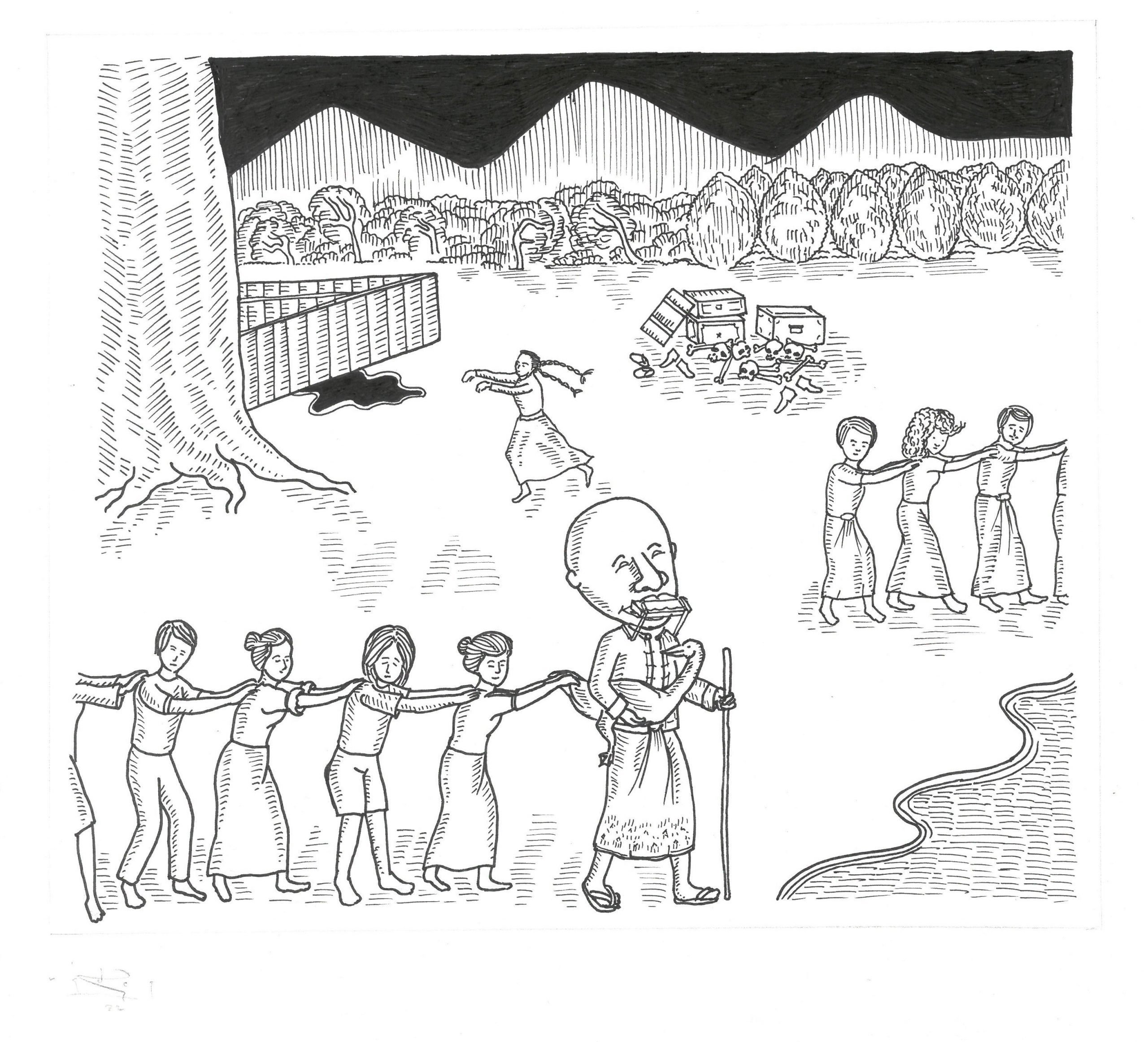 Maung Day (b.1979) is a multi-talented individual, well known as a poet, performance and visual artist but also as a translator and a development worker.

Maung Day has published eight poetry books in Burmese and one chapbook in English. His poems have appeared in international journals, he was the editor of several art and literary magazines and weekly journals. He has contributed to many essays on art and artists for local magazines and exhibition catalogues. In 2008, he co-founded the Beyond Pressure International Performance Festival. His first solo exhibition took place in Bangkok in 2011 and he has also exhibited in Germany, Austria, New Zealand, Hong Kong, Vietnam and Myanmar. Maung Day participated in the 2016 Singapore Writers Festival. In 2018, his work was most notably exhibited as a part of the acclaimed exhibition, A Beast, A God, and A Line, which travelled from Dhaka to Hong Kong to Warsaw to Yangon. He was commissioned by the Singapore Tourism Board to create a work in collaboration with Marc Nair (Singapore) for the 2020 Singapore Festival in Yangon. Maung Day contributed to the publication of "Burma Spring", a poetry book and testament to the Military coup d’Etat, published in 2022.

The drawings of this series are dedicated to lost children everywhere in the world. Children that are literally lost from their homes, land, and families. There have also been generations of young people driven lost by the current political, technological, and economic circumstances in which they are forced to live. These circumstances are a huge trap, a song that loops over and over. These drawings draw on the elements of folk tales and folk horror. The artist intuitively responded to the pied piper narrative from the old classic folk tale book and went where it took him. The aesthetic and appearance of these drawings is inspired by woodblock print and etching techniques.