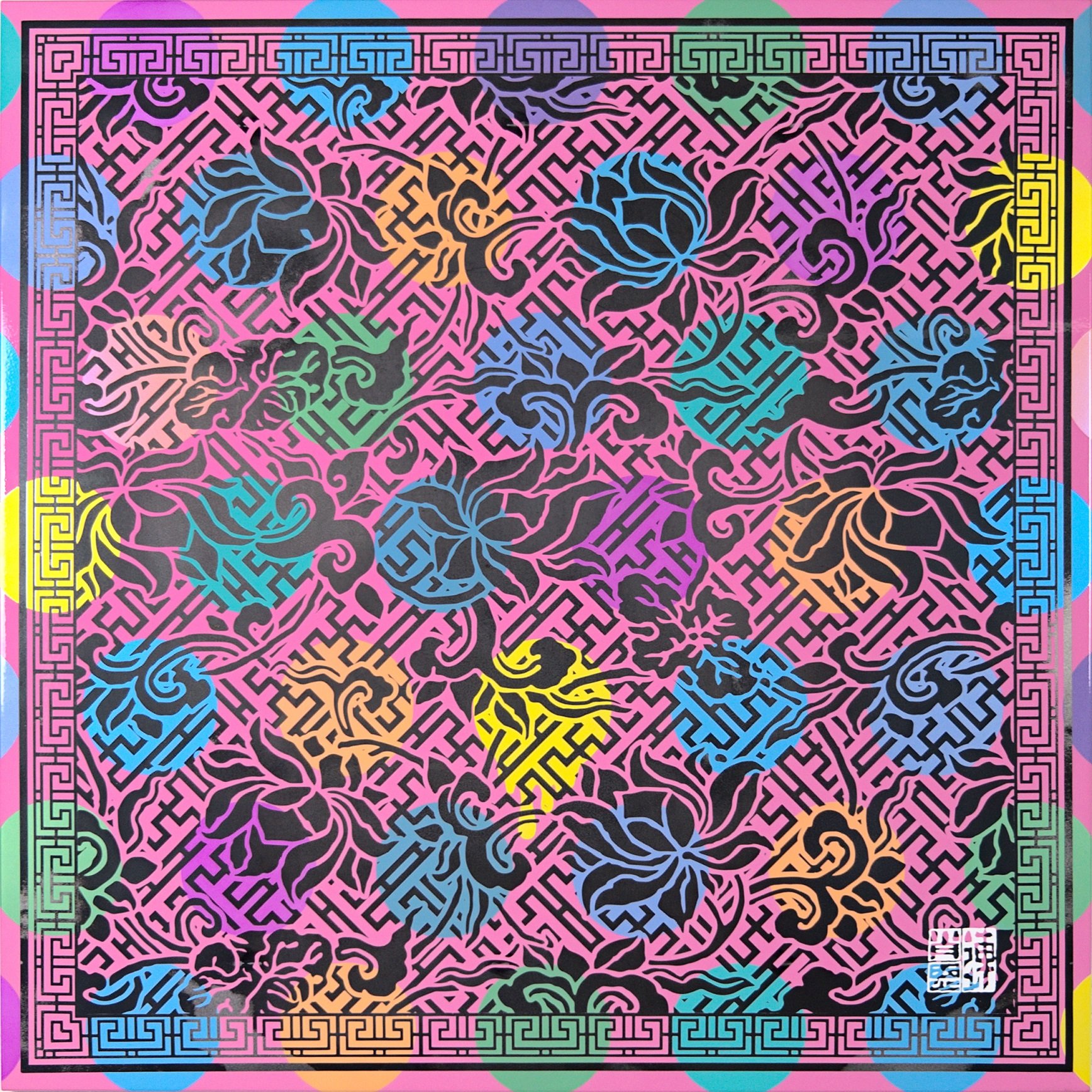 Image courtesy of the artist and Wei-Ling Gallery

Malaysian contemporary artist Sean Lean’s work often deals with the issues of fragmented identities and the contradictions between traditionally Eastern values that he was brought up with, and the lure of Western popular culture that he is exposed to. He traces social, political, and religious tensions, disparities, and engages with stories that have shaped the collective memory of his region. Despite the seriousness of the issue, elements of humour often find their way into his practice.

Through his last solo exhibition, ‘M2’ in 2020, Sean Lean encapsulated the struggle and tension of his relationship with his cultural identity, considering the vast variety of influences that affects it. The selected works draw references that present us with this exploration into his cultural self, such as typically East Asian iconography, yet adopting an unconventional medium. His fascination lies with hard steel, stencils, and automotive car paint, relishing in removing the human touch from the very human subject matter. As Lean so eloquently describes it, the tension between the cold, industrial and forceful nature of steel actively undermines his ideas of culture, and the culturally ingrained images in his work. “Culture is transient, and in a flux,” he muses “whereas metal is a mineral an anchor”. It is in these juxtapositions that we see the core of Lean’s exploration into his relationship with culture. It is a struggle that many relate to, particularly in a postcolonial Malaysia, where the idea of a unilaterally Malaysian identity is so vast and varied, and so affected by race, creed and social standing, that the tensions of conflicting cultural identities reveal their urgency.

Having obtained his Diploma in Visual & Digital Arts from LimKokWing University College of Creative Technology in 2000, Sean Lean’s (b. 1981) work often deals with the issues of fragmented identities and the contradictions between traditional Eastern values and the lure of Western popular culture. Through his works, Lean branches out with his own history and personal memory and reflects on the events that have shaped his country and his region.

His solo exhibition ‘3’ (2019) presented various triptychs, each one highlighting the relationship between art and society. ‘3’ is a body of work that delves into his own history, but at the same time transcends his own individuality in its line of questioning tradition, religion, way of living, dogmas, and long-held beliefs. Interrogating identity, navigating history, and questioning ways of being is a thread that runs throughout Lean’s practice.

In 2018, he was one of 6 artists from around the world commissioned by KENZO, in collaboration with Tiger Beer and WWF to work on a project called Rare Stripes – a collection of garments inspired by actual stories of wild tiger. Sean Lean's design of Kamrita is very apt, as it showcases three sets of paw prints in different colours, signifying the Himalayan tigress with her two cubs walking through the forest floor. For years, Kamrita was "WWF’s adopted tiger and a symbol of hope for her whole species". The collection was unveiled at the Ginza Six KENZO store in Tokyo, and was available in limited collection. He was also commissioned by Harper’s Bazaar to create a cover specially for Bazaar Art magazine in 2017.