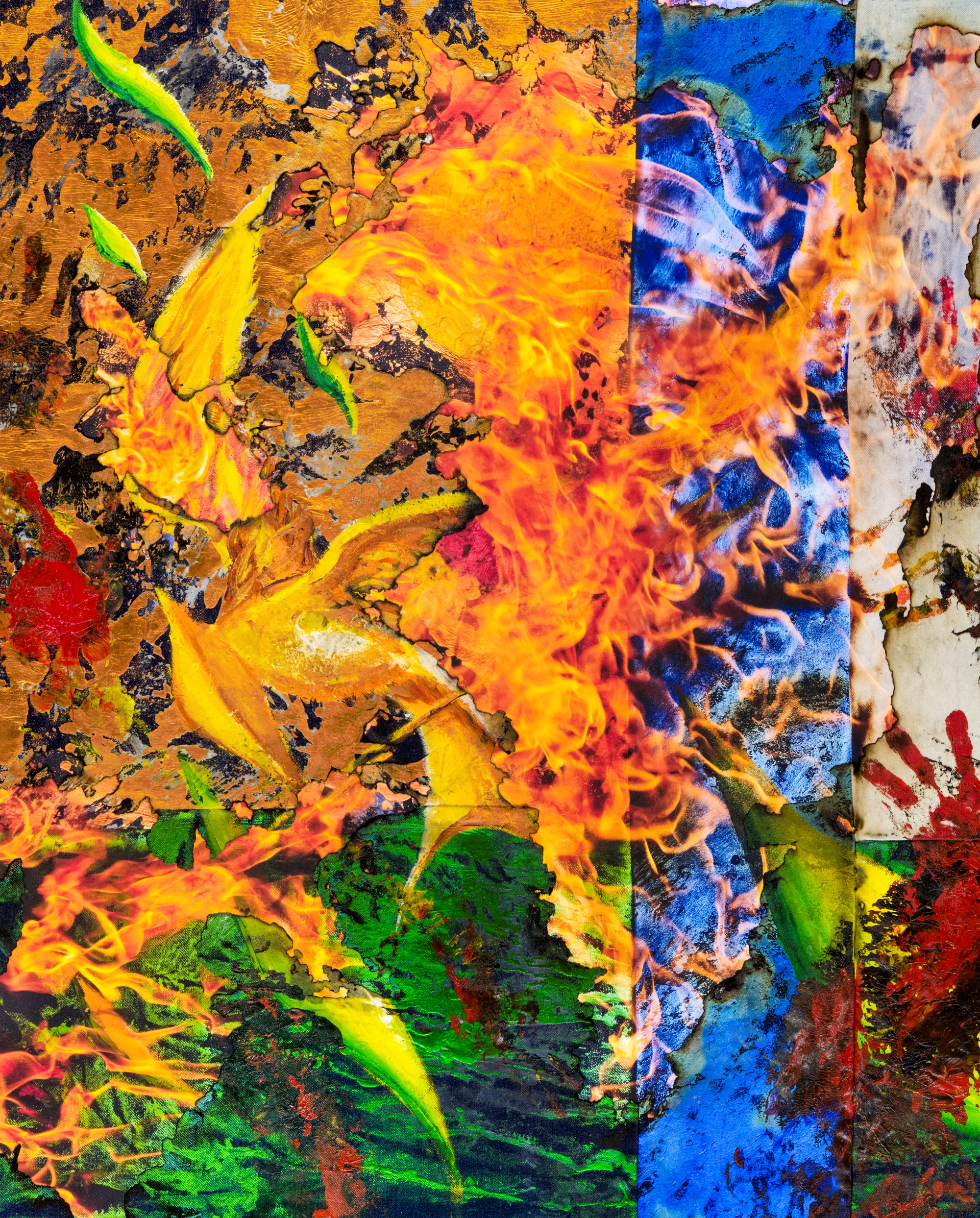 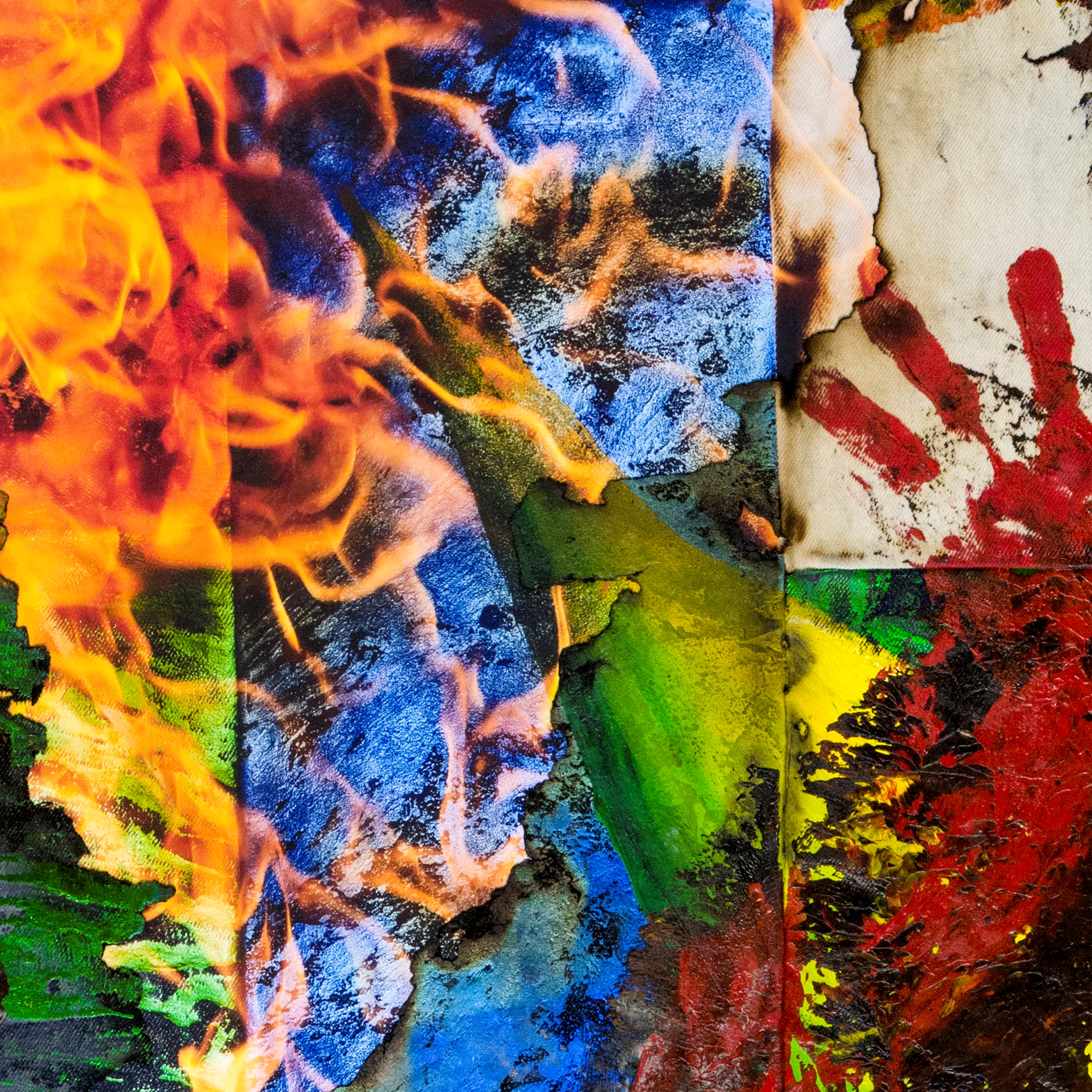 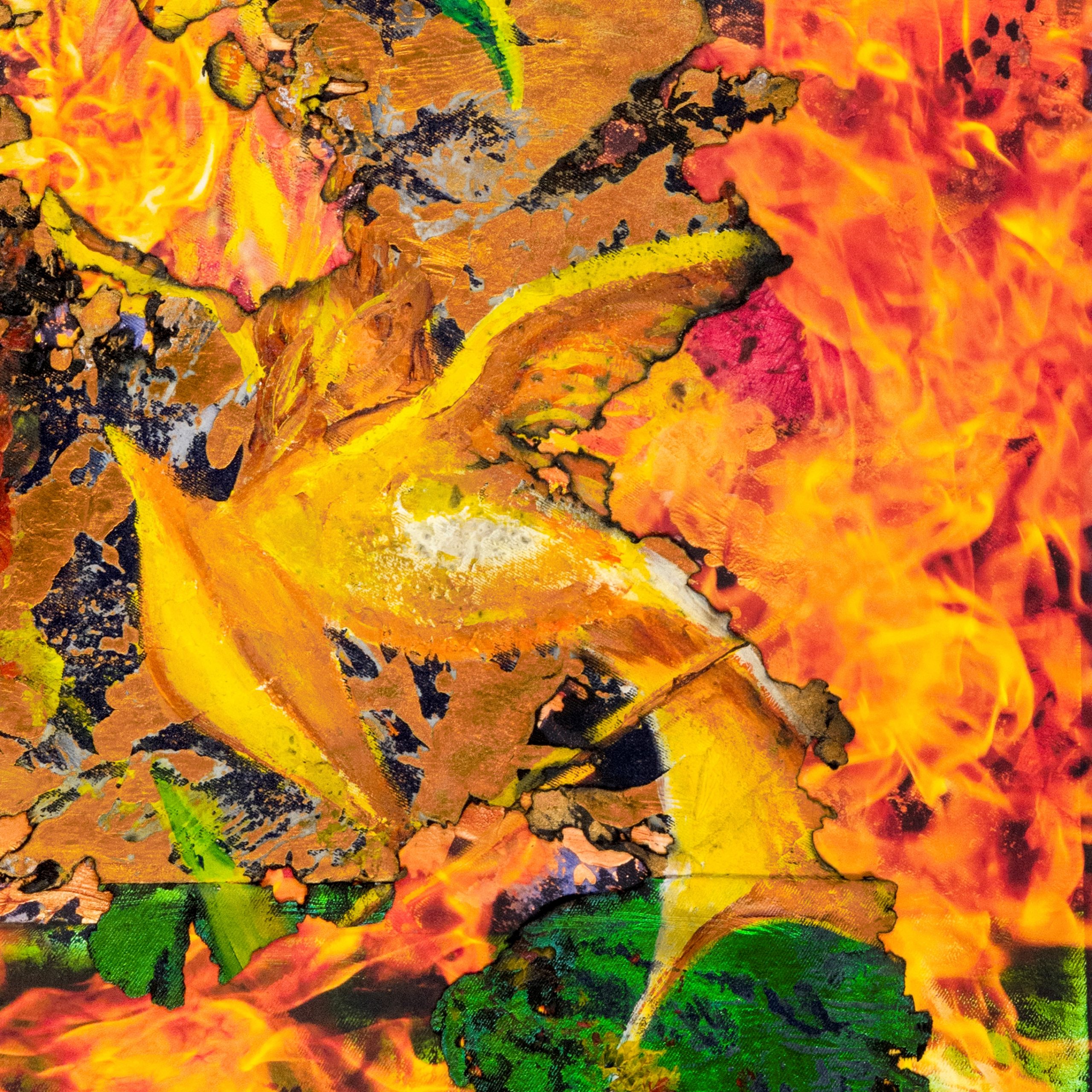 Painting with history (If We Burn, You Burn With Us)

This collection of paintings made by Korakrit Arunanondchai in 2020 is a prelude to No History in a room filled with people with funny names 5 (in collaboration with Alex Gvojic & boychild), a video installation commissioned by the Centre d’Art Contemporain Genève for BIM18 (Biennale de l’image en Mouvement) in 2018 and presented at the 58th Venice Biennale “May You Live in Interesting Times” in 2019.

A visual artist, filmmaker, and storyteller, Arunanondchai (b.1986, Bangkok) employs his versatile practice to tell stories embedded in cultural transplantation and hybridity. His body of work merges fiction with poetry and offers synesthetic experiences engaged in a multitude of subjects primarily based on lives of family, friends, and colleagues as much as local myths. Surpassing a solitary artist, Arunanondchai is an avid collaborator who has worked on videos, performances and music together with an extensive list of people. Arunanondchai’s first video in a series of work, 2012–2555, arose from the ideas of death, rebirth and the fictionalization of time and was shown at MoMA PS1 in New York City (2014). Together with Arunanondchai’s twin brother Korapat Arunanondchai, the performance artist, boychild and artist Alex Gvojic, they produce a live performance to accompany the video installation as part of the Sunday Sessions at MoMA PS1. In 2015, He exhibited Painting with history in a room filled with people with funny names 3 at Palais de Tokyo, Paris. In early 2018, Arunanondchai co-founded Ghost Foundation, a non-profit organization aimed to support a video and performance art series in Thailand entitled GHOST. He curated its inaugural series, Ghost:2561, during 11-28 October 2018, in Bangkok Thailand.

Korakrit Arunanondchai will be presenting his works at Bangkok CityCity Gallery.