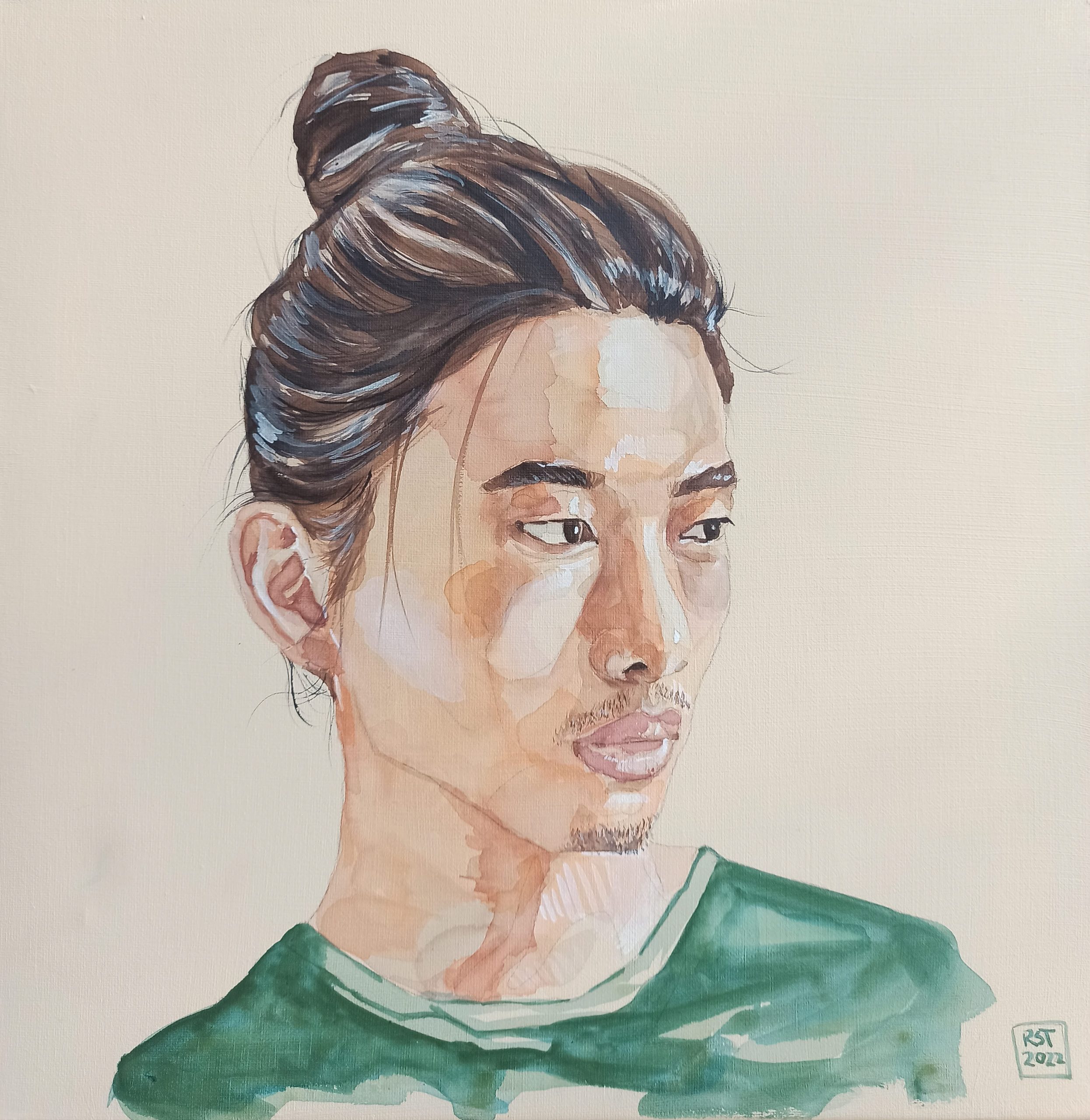 Richard Streitmatter-Tran was born in 1972 in Bien Hoa, Vietnam. He received his degree in the Studio for Interrelated Media (SIM) at the Massachusetts College of Art in Boston. For the first decade of his career Richard's artwork could be described as strictly conceptual, but after 2013 he began to focus on producing artwork that required a meticulous level of fine craftsmanship. As a result, his current body of work is both rooted in the conceptual rigor of contemporary art theory and the skills behind traditional techniques.

His work can be found in numerous publications worldwide and is in private and public collections including the Singapore Art Museum, The Documenta Archives, RMIT University Vietnam Art Collection, 21st Century Museum Hotels, IILM Art Collection and Post-Vidai Collection.

He was an advisor to the Para/Site Curatorial Programme in Hong Kong and the San Art Artist Residency program in Ho Chi Minh City. From 2006 to 2015 he was the Senior Lecturer at RMIT International University Vietnam. Richard was an artist in residency at the NTC Centre of Contemporary Art (CCA) in Singapore in 2017.

Richard has also been an arts correspondent for the Madrid-based magazine Art.Es and the Ho Chi Minh City editor for the magazine Contemporary. He has published in several books, catalogs and journals. In 2005 he received the Martell Contemporary Asian Art Research Grant from the Asia Art Archive in Hong Kong for his yearlong research project, Mediating the Mekong. He was a Teaching Assistant at Harvard University (2000-2004), conducted media arts research at the MIT Media Lab (2000) and a visiting lecturer at the Ho Chi Minh Fine Arts University in 2003-2004.