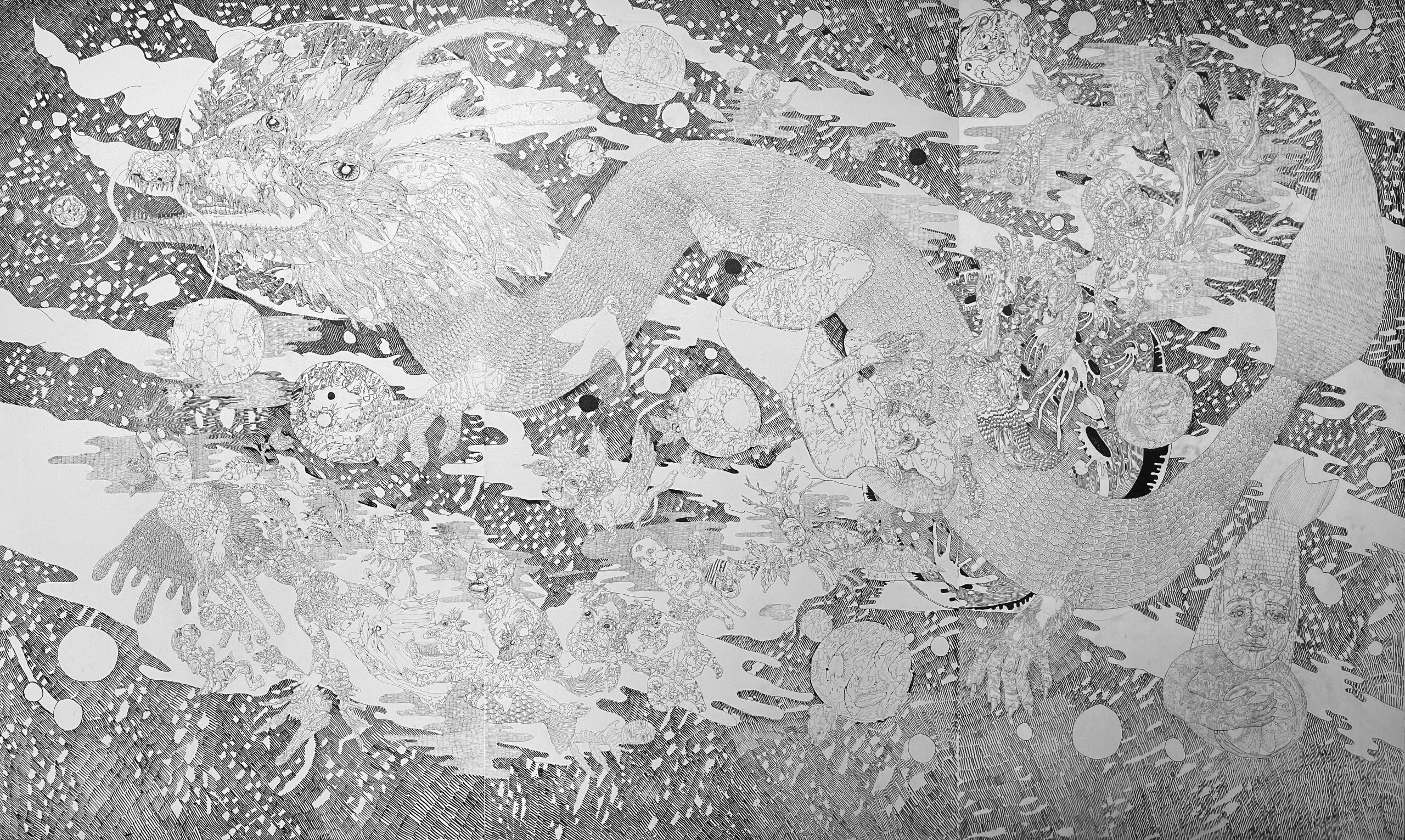 Cheong Kiet Cheng’s paintings have consistently highlighted the relationship between humans and nature. Although the situations she creates seem to convey over-riding feelings of beauty and love, the underlying elements of tension between the human and animal figures, emphasize that imperfection is unavoidable. Yet, one is still likely to find a tranquility within each of her works – an effect she achieves through a unique method of meditative, repetitive forms. As an artist, she is most interested in sharing positive energy through her work, rather than conforming to the conventional aesthetics in art.

Cheong Kiet Cheng is unrestricted by any particular medium, choosing instead to experiment with materials- from acrylic paints in earlier bodies of work to black ink in her latest series.-which allows her to evolve into new discoveries. The romantic quality of her work is a direct result of her own personal feelings towards nature, drawing much of her inspiration from philosophy, literature, poetry, music and theatrical drama.

She has won several major awards and prizes over the years, including the main prize at the 2018 UOB Painting of the Year (Malaysia) competition; Creative M50 Awards in Shanghai, China (2016); Nanjing International Art Festival Competition in China (2015); Water Color Category at Tanjong Public Limited Company, Kuala Lumpur, Malaysia (2006). Cheong Kiet Cheng was also the recipient of the esteemed UOB-Fukuoka Asian Art Museum’s Artists Residency Programme in 2018, where she spent two months expanding on her practice in Japan.

She has participated in a number of solo and group exhibitions both within Asia and in Malaysia. Her last solo exhibition ‘We Are Dreaming and Awake In the Air’, was held at Wei-Ling Contemporary, Kuala Lumpur (2021).