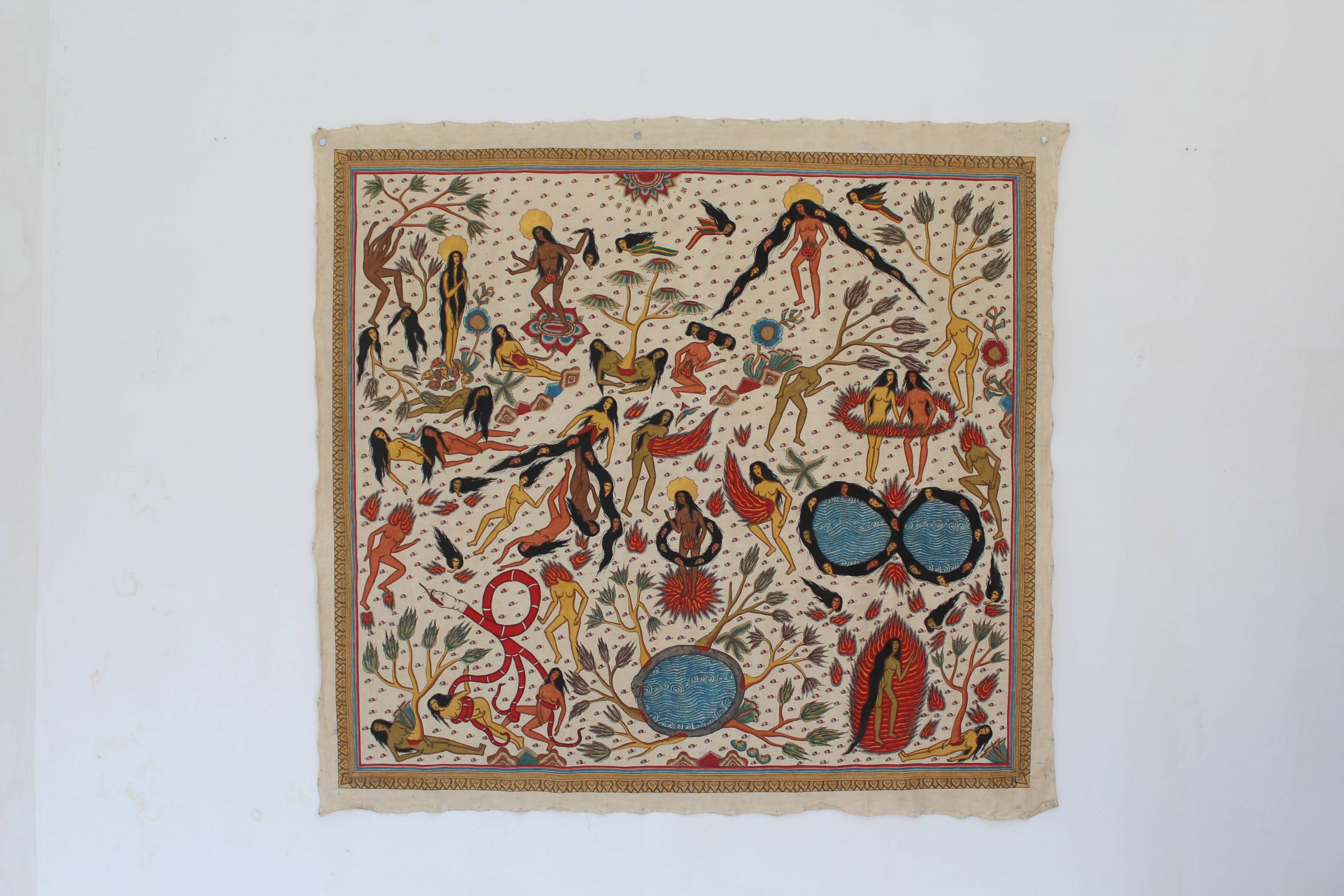 Image courtesy of the artist and Yeo Workshop

The Gardens of Hesperides

Citra Sasmita continues to draw on elements of traditional Balinese culture and literature to reimagine female narratives in society. Her new body of work deliberately casts women as pioneers through various symbolic representations, where their energy forms the foundation of the universe. Women are depicted to control fire, which signifies agricultural advancements, power and reproduction; while snakes are a reference to knowledge and patriarchy, where knowledge is handed down to their daughters and sisters. The works are done in traditional kamasan style featuring a traditional border used in Hindu scriptures, which has been passed down over five generations. Through these elaborate scenes of genesis that exemplify teamwork and solidarity in sisterhood, Sasmita subverts the typical subordinate position women are designated in history.

Citra Sasmita is a Balinese artist concerned with unravelling the myths and misconceptions of Balinese art and culture. She is also deeply invested in questioning a woman’s place in social hierarchy and seeks to upend normative constructs of gender. Due to her interests and research around these themes of identity and agency, the artist’s oeuvre is often peppered with provocative themes that challenges the status quo, whether in its aesthetics or the messages that it conveys. Citra will be showing works done in Kamasan painting style, a tradition in Balinese art, but with a feminist twist.