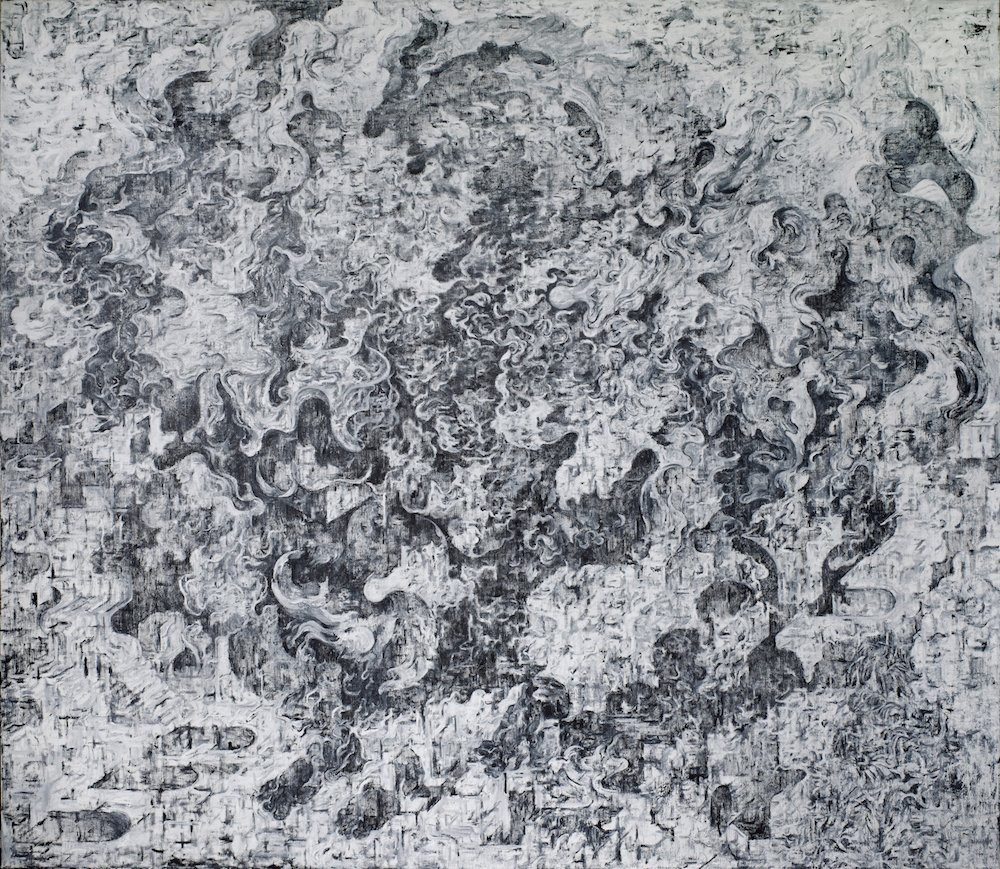 Image courtesy of the artist and Richard Koh Fine Art

In The Room of Spirit and Time

There is a flat and concealed world: the skimmed walls, the flat screens, and the expressionless faces. Underneath the seamlessness there are many we hide, such as pipes and wires, and emotions. The works of Zelin Seah from recent years all address similar issues on spiritual void that derive by digitalization. In this series of works, the artist attempts to reinterpret the aesthetics of ancient relief by exploring knife-carving technique on the surface of the paintings. For the artist, it is an act of mining out possible meaning from the void.

The artist constantly finds himself confined in the limited space of modernity and the recent series of lockdowns has exacerbated this condition. The Two-Dimensional Man is a metaphor the artist borrowed from the ‘lying flat’ movement initiated by the younger generation in China – suggesting a new attitude towards life: lying flat, turning to a slow life, in order to leave room for thoughts, and to correspond to the scientific progressive social pressure. As a respond, this series of works hints at the artist’s will of ‘staying flat’ in the over-progressive modernity.

Zelin Seah (b.1980, Malaysia) received BFA at University of Central England (2007). Seah investigates the neglected ordinary spaces and objects that constitute human activities. Having an appreciation for the aesthetic of the unseen, his process-based approach emphasizes the negative space that eyes may miss. Often site-related,Seah’sworks deal with the limitations of space, and seeks possible ways to fill spiritual void. Seah uses materials that convey metaphorical meaning to him, and always challenges formal methods, from classic painting, etching, carving to weaving.