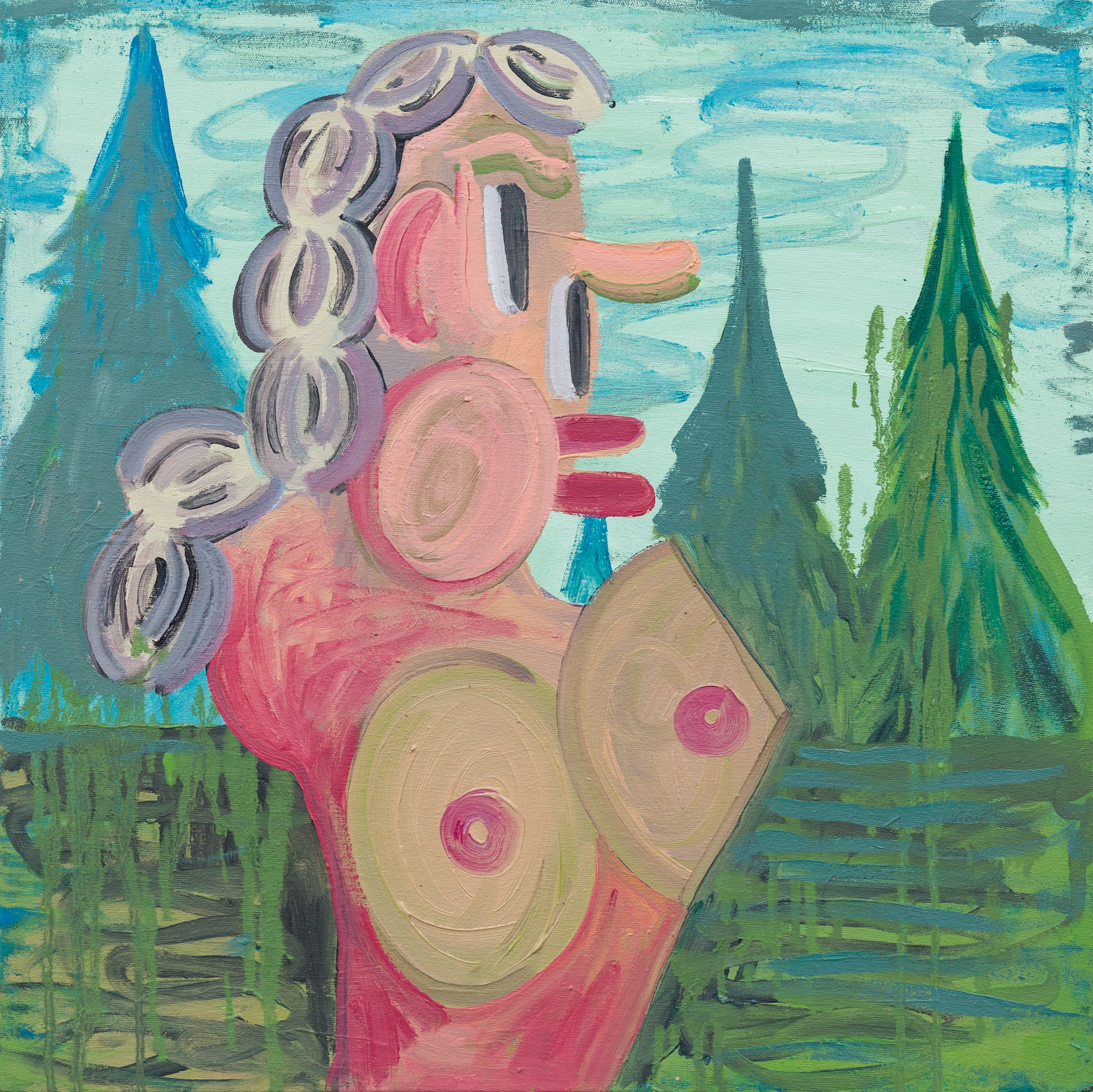 Martinez’s playful and irreverent tendencies are vividly highlighted in his new collection of paintings. In one series he presents, Trouble in Paradise, a set of portraits, completed in childlike fashion, of misshapen but charming figures set against a suspicious landscape. Occupying both the foreground and midground of these canvases, the subjects’ exaggerated features, their direct perspective, confront the viewer and generate a psychological tension between the two.

Pow Martinez (b. 1983) is a recipient of the 2010 Ateneo Art Award for his exhibition 1 Billion Years at West Gallery, Philippines. He exhibits internationally and has worked with different media, from painting to sound. His recent exhibitions include City Prince/sses (2019) at Palais de Tokyo in Paris; Art Jakarta 2019 with Silverlens and ROH Projects; 50 Years in Hollywood (2019) at Pinto Art Museum in New York; Art Basel Hong Kong 2019 with Silverlens; WXXX (2019), West Gallery, Manila; Art Taipei 2017; WASAK! Reloaded (2016) in Arndt, Singapore; and WASAK! (2016) in Arndt, Berlin. Martinez has also held a number of solo shows in major galleries in Manila, the most recent of which is Techno-Utopian (2017) in Silverlens. Early in 2018, Martinez had his first solo exhibition in Indonesia. Titled Aesthetic Police, the exhibition is an outcome of his month-long residency program at OPQRStudio in Bandung. Martinez’s paintings belie their grotesque subject matter with the indelibly beautiful surfaces and a wide-ranging, daring use of color. Mutants, monsters, demons, deviants, and freaks lurch, sit, and appear to transform amidst weirdly lit landscapes or disintegrating urban scenarios, or emerge from a painterly graffito mess, but, as his more abstracted works insist, Martinez’s ability to render intriguing relationships between forms and surfaces ensure his works are endlessly compelling—an experience akin to a beautiful nightmare. Pow Martinez lives and works in Manila, Philippines.

Pow Martinez will be presenting his works at Silverlens Galleries.