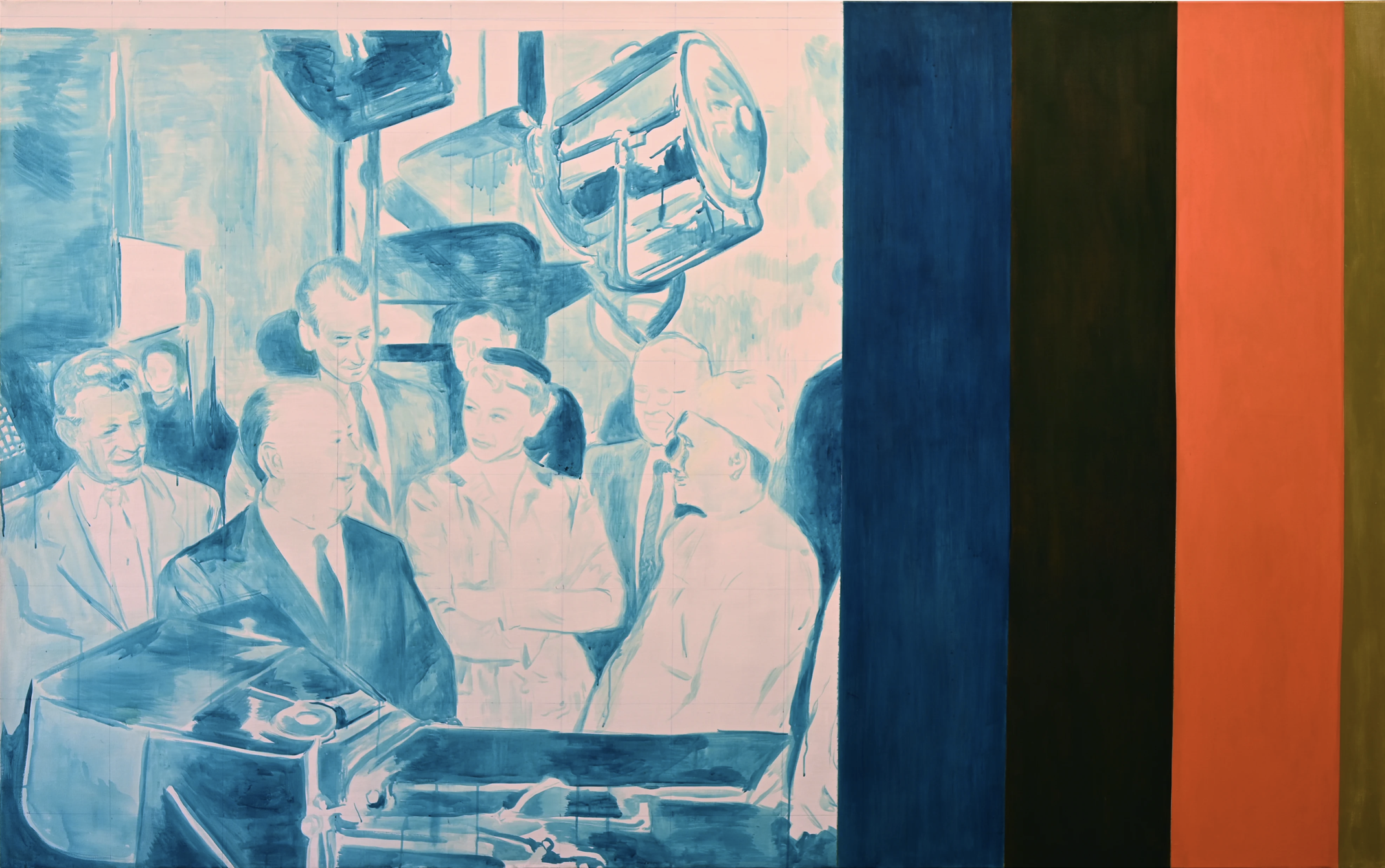 Image courtesy of the artist and Nova Contemporary

During the 1950s, under British rule, U Nu and U Thant met with President Dwight Eisenhower in Washington DC. They also met Alfred Hitchcock on the set of his movie “The Man Who Knew Too Much.” In U Nu at a Hitchcock’s film set- The Man Who Knew Too Much, 2021, Yawnghwe portrays a historical scene of the Burma-US diplomatic relation. The Burmese government was then trying to pursue a neutral foreign policy. Relations with the US had become strained due to American support
or Kuomintang forces in the eastern Shan states, and in 1953 Burma had terminated all US aid. The trip was partly to show that it was not siding with the Communist bloc, as some in the West feared.

Sawangwongse Yawnghwe's (b. 1971) works repeatedly evoke historical figures and/or past events. His paintings seem to freeze a moment in time and appear blurred, reduced or camouflaged in some way. They are often based on family photographs, reports or film stills, which the artist non-psychical appropriates from his family archive and memory or finds in his research process. Like a form of political currency, they critique the existing power structures rather than simply representing or describing them.