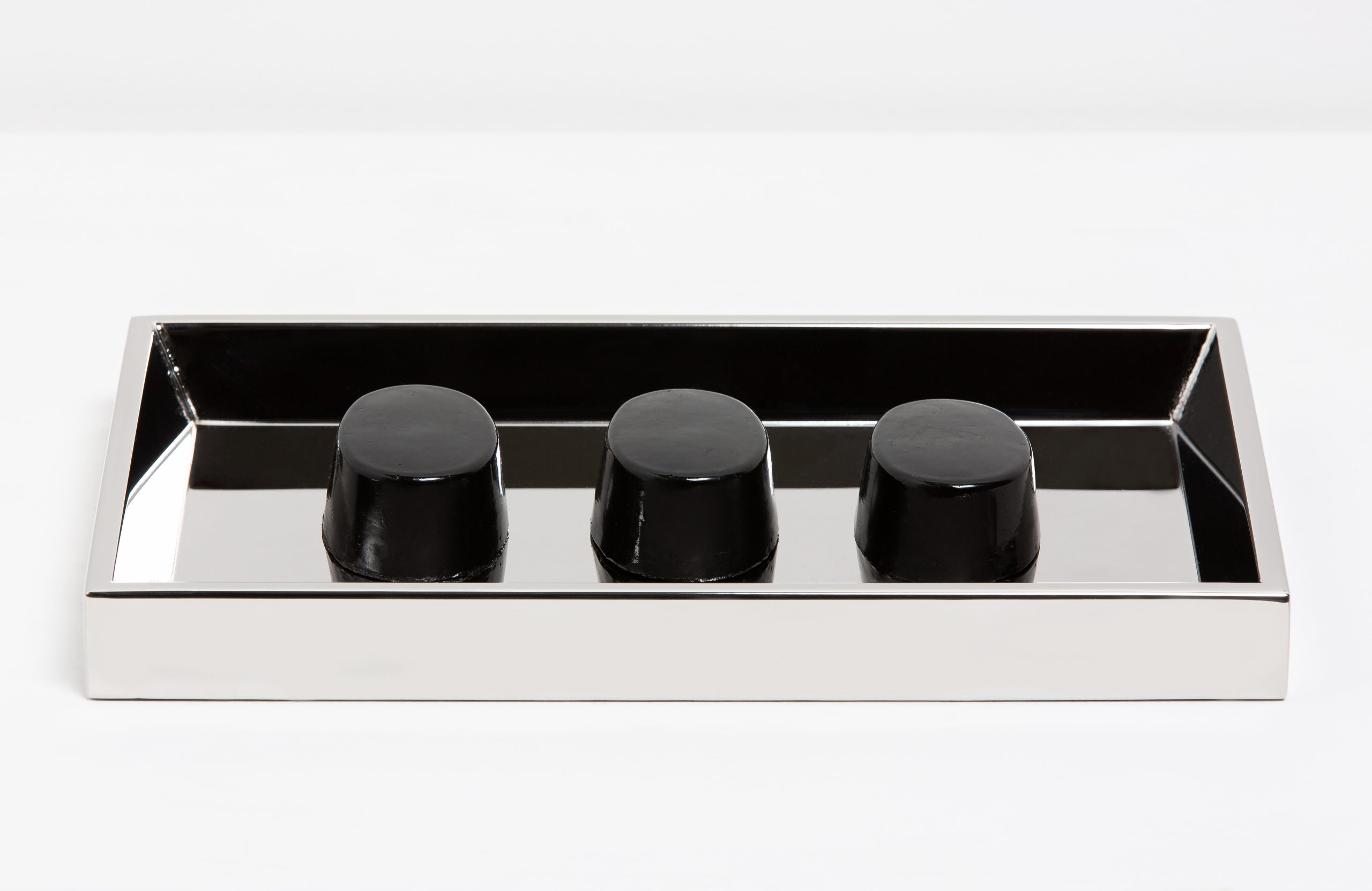 untitled 2019 ( five easy pieces ) (from the offering series) and untitled 2019 ( two or three things I know about her) (from the offering series) are forms an ongoing “offering series”, offering as in offerings to Buddha, monks. Each image of small sweets is chosen by Tiravanija on his trip to Japan. They are made by a plastic food craftsman who is turning 82 this year. We had made his first plastic food edition in 1999, “untitled, 1999 (young man if my wife makes it)” of a Pad Thai Tiravanija made at the gallery.  In 2002 exhibition at Opera City Tokyo, “Raw and Cooked” included an installation of the plastic food and its making, The steel plates remind one of his previous large installations in chrome, reflecting the world around it. Tiravanija says he wanted to make something small, not large and heavy. The title comes from films. The work becomes something personal yet pop and open.

Rirkrit Tiravanija will be presenting his works at neugerriemschneider and Gallery Side 2.