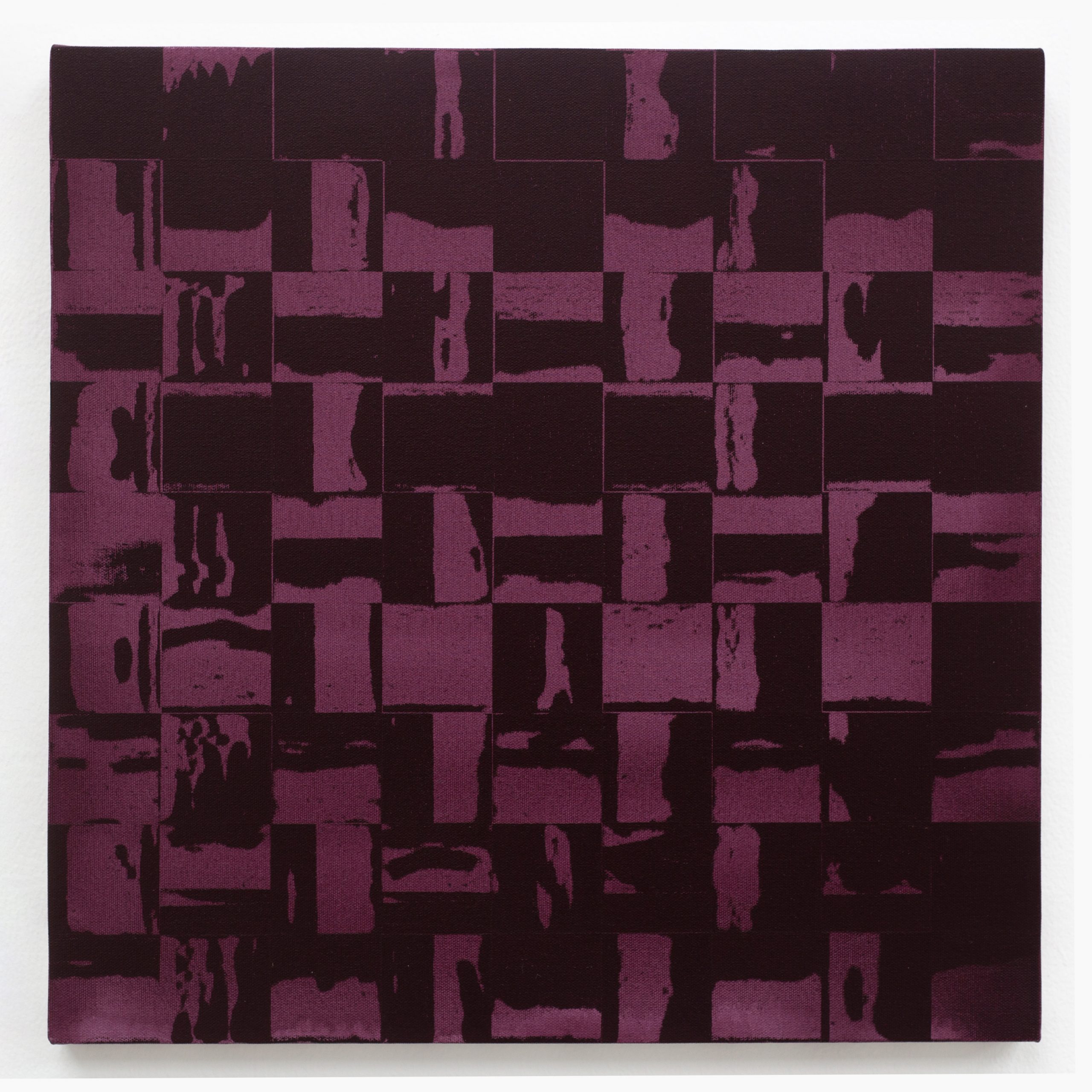 Image courtesy of the artist and Silverlens

Seriality tempts us to fixate on the most obvious deviations in Maria Taniguchi’s new work. In a suite of square  patterned canvases a portion stripped of paint, a section wherein color does not take, or an outline obscured, may  at turns mean disengaging from the illusion of symmetry or the body reaching its limit. In all cases, pattern asks us  to reckon with its gesture and technology of iteration. These are deviations that manifest texture, create rhythm.

These new paintings elaborate on Taniguchi’s past interrogations – a brick painting, part of Taniguchi’s expansive  series of works that play out dimensions of time and labor in the artistic process. Each canvas is created using a  combination of manual painting techniques and serigraphy, using thin layers of acrylic paint. Labor and gesture in  these works persistently insist themselves in the attempts at repetition. The abstraction assured by the grid and  achieved by the gradation is cultivated against considerations material and bodily. The repetitive gestures are  influenced by various factors: the amount of pigment, pressure exerted, the number of attempts.

Maria Taniguchi’s works encompass painting, sculpture, video and installation. Her practices investigate space and time along with social and historical contexts. Her series of “Untitled” brick paintings is an ongoing series that had been initiated in 2008. Each painting consists of seemingly countless rectangular cells, each one outlined by hand with graphite and filled with gray and black tones. The painstaking process creates a subtle yet complex pattern on the surface.

These paintings develop in various extents, most of them reaching meters in size. The constructive structure embodies architectural elements, resulting in the paintings themselves manifesting as monumental existences within the space. The artist has referred to her brick paintings as the fundamental root of her larger artistic practice, while the other artworks such as sculptures and installations are reflection, or refractions of it.

Maria Taniguchi was born in Dumaguete City, Philippines, in 1981. She won the Hugo Boss Asia Art Award in 2015 and was a LUX Associate Artist in 2009.