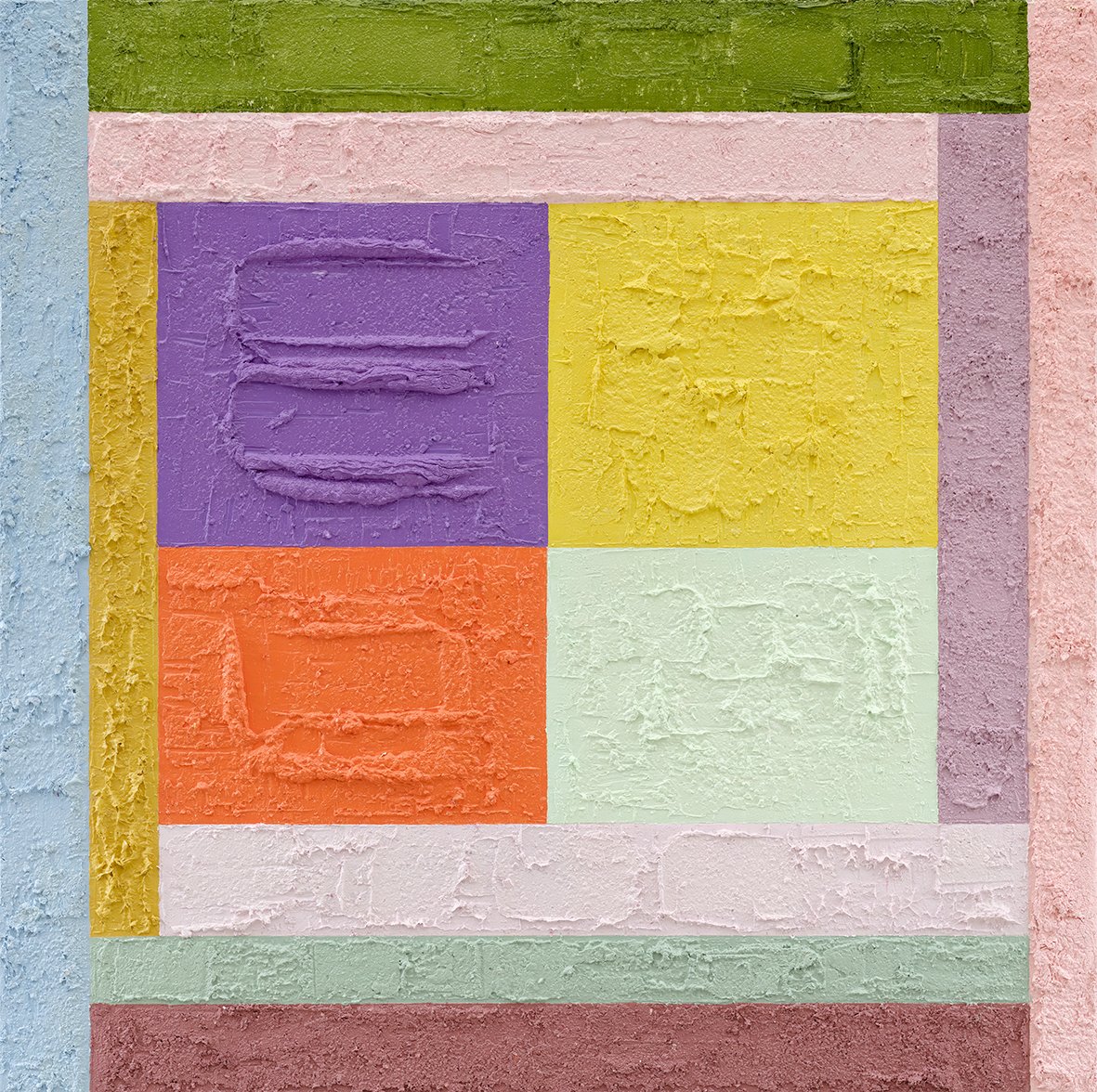 Medium: Oil on board

Mit Jai Inn studied art at the Silpakorn University from 1983 to 1986, and at the University of Applied Arts Vienna from 1988 to 1992. Upon his return to Thailand in 1992, Mit cofounded Chiang Mai Social Installation with a group of artists, scholars, and social activists.

Defying conventional boundaries of painting, Mit Jai Inn enacts multiple histories and treatments of the medium through a physically rigorous and repetitive labor cycle of mixing, applying, overlaying, and eroding pigment. His paintings come into being at his outdoor Chiang Mai studio, where he gives turns to the vibrating spectrum of sun and moonlight, with nocturnal interludes under white fluorescent. His colorful, densely layered work takes a on a wide range of topographical variations and moods, ranging from somber amorphous blotches, to pastel crafted stripes to neon all-over dots, and more.

Mit’s largely solitary studio practice is rooted in perception, with relational intentions. Emerging in Berlin and Vienna in the late 1980s, Mit began a vocabulary of serial forms intended to counter aspects of formal painting and its market and exhibitionary frameworks of their time. Mit’s paintings were unstretched and unframed, mostly two-sided, touchable works that populated public spaces and galleries alike. Embedded in Mit’s painted forms are reactions to aesthetic, social, and political histories. These include divisions between so-called Western and Eastern canonical painting, the sacred-secular intimacy of color, the shifting political states of Thailand, and site-specific reflections dedicated to the nations, spaces, and public spheres his works inhabit.